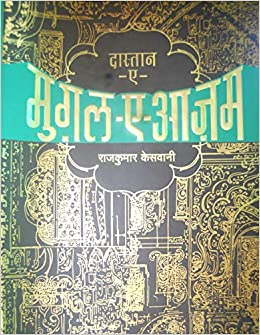 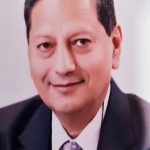 By Dr Sanjeev Chopra
Something extraordinary took place when, in the short list announcements for the VoW 2021 book awards, one extraordinary individual Rajkumar Keswani’s name appeared twice: both in the category of Hindi non-fiction as well as translations to Hindi. Keswani’s book ‘Dastaan-e-Mughal-e Azam’, published by Manjul appeared as the Jury’s choice in Hindi fiction, and his translation of Manto’s ‘Bagair Unwan Ke’ (Vani) was selected in the translation category. Perhaps there is no parallel in the world of literature for two books of the same author in the same year! Unfortunately – for all those who were fond of his writings and his voice – Keswani lost his life to Covid on 22 May – eight days before the announcements – leaving in its wake an unbridgeable void in the word of Hindi, Urdu and Hindustani, besides of course investigative and responsible journalism. One would have certainly had the occasion and opportunity to meet him in this edition of VoW – for every year, all our authors participate in our festivals, but while fate has snatched this opportunity from my hands – we can certainly connect with his written word, and this time I will share with the readers of GP his ‘Dastaan- e-Mughal-e-Azam, which like the movie, itself, took him more than a decade to document. 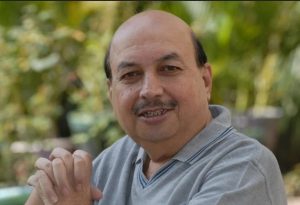 But, before that, a few words about Rajkumar Keswani – who started his journalistic career as a sub-editor for Sports Time and went on to write for Illustrated Weekly of India, Dainik Bhaskar, Sunday, New York Times, India Today and The Week. In fact, he had been alerting the authorities about the impending gas leak disaster in Bhopal for two years before the actual incident.

D-e-M is in many ways a chronicle of the century that just went by. It is the story of Lahore, Bombay, Calcutta, Benares and Azamgarh, and of the famous personalities of the world of art, music, cinema and theatre who gave a certain and definitive direction to these genres. We learn, for example, that the movie was inspired by a play, Anarkali, enacted in Lahore in 1922. Written by Imtiaz Ali Taj, it became immensely popular on the radio, and Munshi Premchand said that this had been the most engaging drama he had heard, so far! It inspired a silent movie, ‘The love of a Mughal Prince’, in which Anarkali was enacted by Sitara Devi and Akbar’s role was performed by Taj, himself. Two other versions of Anarkali – by Prafulla and Charu Roy, and by Ardeshir Irani also appeared in quick succession – all made money and gave considerable fame to their producers. By 1935, silent movies gave way to ‘talkies’ and Anarkali was a hit yet again.

However, in the hands of K Asif, a director who believed that the legend of Anarkali had to be seen on a spectacular scale – the zeitgeist had to be captured and, therefore, he planned to make a movie on the gGreat Moghul, in which Anarkali had a role, a significant role, but it was part of a wider plot, and this story had to be seen from several eyes – the eyes of a lover, a mother, an Emperor and a friend. The first attempt at making this film starring Nargis, Chandramohan and Veena was abandoned as the producer Shiraz Ali Karim left for Pakistan after Partition. However, Asif did not give up, and he now convinced Seth Shapoorji Pallonji Mistry to take over as the producer. Mistry had only one condition: Prithviraj Kapoor should play the role of Akbar, and Asif had already done this. Dilip Kumar was chosen for the role of Prince Salim – but the search for Anarkali was made across the length and breadth of the country- with newspaper advertisements and announcements asking girls to audition for this role. Although most cinema-based papers thought that the role would be given to Nutan, finally Madhubala was selected because Dilip Kumar had more than a soft cornet for her.

The book is also the story of the dreamy eyed K Asif, the son of a doctor, but apprenticed to a bespoke tailor who set up shop in Bombay as a Ladies tailor, but whose story telling technique and ability to weave dreams soon got him an entry into the world of cinema, and he got his first directorial debut at the young age of twenty-one when he directed ‘Phool’. Then there was no looking back and he moved on from movie to movie, and one relationship to another!

I strongly recommend that you purchase the book for your personal collection for it also has twenty-five plates from MF Hussain. But if you cannot, pick it up from the VoW café at Sahastradhara Road after 12 July!