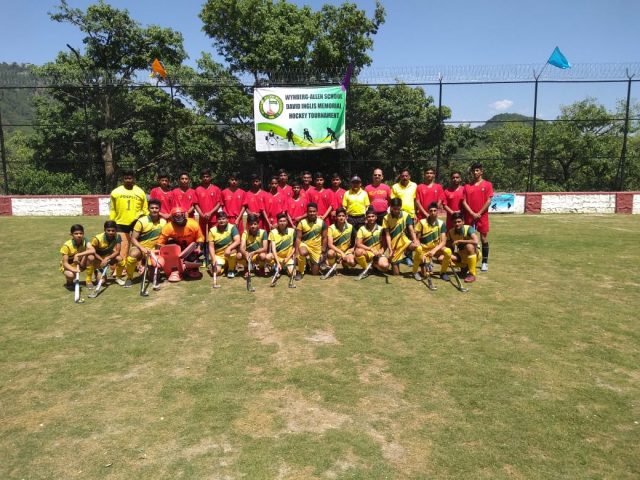 By OUR STAFF REPORTER
Mussoorie, 6 May: The 7Th David Inglis Hockey Tournament commenced at Wynberg-Allen School, here, on Sunday.
The inaugural match was played between Oak Grove School and hosts, Wynberg “B” team. Headmaster PE Radcliffe welcomed the teams and asked them to play the game with sportsmanship.
Wynberg-Allen school won the toss and decided to play on the right side of the field. The Oak Grove team Captain was Ritik Dubey and the Wynberg-Allen B team captain was Balramit Bhuller.
Oak Grove defeated WAS “B” team by 1-0. Anand Gautam scored the lone goal.
In the 2nd Match, played between Welham Boys’ School and St Agnes Inter College, the match ended in a draw with both teams scoring 3 goals, each. For SAC, the goal scorers were Avay Singh, Himanshu and Abhay. For Welhams, Rajkush Sharma, Anmol Deep and Namgyal Khampa scored the goals.
The 3rd match of the day was played between St George’s College and Wynberg-Allen ‘A’ team. Hithesh Sharma from Wynberg-Allen scored the first goal assisted by Chaitanya Singh. The second goal of the match was scored by Karan Patrick as the result of a penalty stroke. Ultimately, WAS ‘A’ won the match against SGC by 2 goals to none. 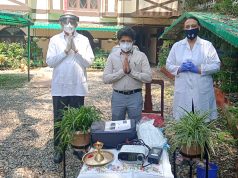