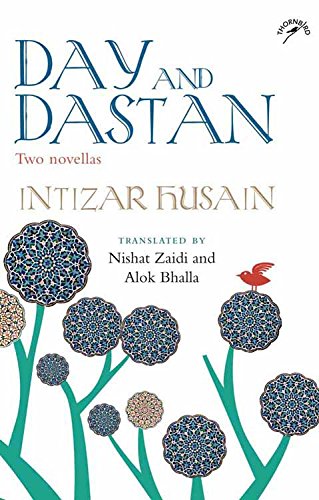 (By Intizar Husain. Translated by: Alok Bhalla & Nishat Zaidi. Nominated in the category of Translations to English for the REC-VoW Book Awards, 2019.) 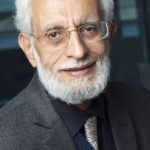 Alok Bhalla retired as professor of English Literature from Hyderabad and Delhi. He has been Fellow at the Institute of Advance Study, Nantes, Lady Davis Visiting Professor, Hebrew University, Fellow at the Rockefeller Centre, Bellagio, and the Institute of Advanced Study, Shimla. As a critic, translator, editor and poet, he has published more than thirty volumes. His recent books include Stories About the Partition of India (4 volumes), Partition Dialogues: Memories of a Lost Homeland, Life and Times of Saadat Hasan Manto. He has translated novels, stories, plays, and poems by Bhisham Sahni, KB Vaid, Asghar Wajahat, Kunwar Narain, etc. Q: Would you say that converting a work from one language to another diminishes or changes its beauty? Especially when we talk about translation from Urdu to English, what difficulties do you face owing to the fact that finding the right word in another language, expressing the same feeling, is a tough ask. A: I am sorry, but this is always a sad question which is always asked only in India like a mantra. I don’t recall it being posed repeatedly and endlessly to American/European translators of Homer, Dante or Tolstoy. I am sure that Richard Lattimore, the translator of Homer, or Boris Pasternak, the translator of Shakespeare, was ever so troubled. I think that there is a linguistic arrogance behind the question which assumes that, while we can translate other literatures into our own vernacular languages, our literatures cannot possibly be carried into other cultural and moral realms. Why can’t we, as Indians, ever accept that translation is and can always be an act of generous sharing with others of world-views unknown and inaccessible both to ourselves and to speakers of other tongues? That one translates because one is aware of the limitations of one’s own language and hence of one’s own world (that’s a rephrasing of what Wittgenstein says) and that one is so grateful to translators for making a significant work live again in another place and time, in another language and with other assumptions. Remember, that many of the major modern Indian writers were translators and their readers were grateful: NirmalVerma translated Kundera into Hindi from Czech; Bhishma Sahni translated Tolstoy into Hindi from Russian; Kunwar Narayan translated many European poets in to Hindi; Manto translated Gorky, etc. The list is endless and reveals that the best of our writers have never shied away from being translators and thereby living at the cross-roads of civilisations to conduct excited conversations with others whose experiences were different from their own. What is strange is that the question is asked in a country which has, perhaps, the oldest each and every text produced here had not been translated. Everything we know about our past literatures is through translation. Think of the Ramayana and the Mahabharata alone which have been always translated into almost all the Indian languages for a people who did not always have access to Sanskrit or were descendants of rishis (that is an ironic reference to something that was recently said in Parliament!). Or think of the Guru Granth Sahib where the Gurus had no hesitation in including translated texts from older Bhakti and Sufi traditions without any anxiety about “lost beauty” or “misunderstood meaning”. It is only now that a certain class of narrowly educated Indians have started speaking a bit egotistically about the impossibility of anyone else understanding what we think and write – what is called our unique sensibility or is it our fragile sensitivity? We diminish ourselves by asking these questions, apart from insulting the translators. For the complete interview, log onto www.valleyofwords.org