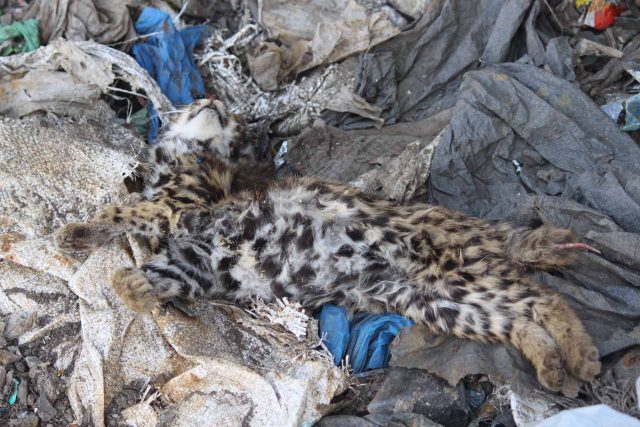 MUSSOORIE, 22 Jun: A leopard cat was found dead near Mussoorie Library Road, Gaddi Khana, after which locals informed the forest department. As soon as the information was received, the forest department team led by forest inspector Jagjivan Ram reached the spot and the body of the leopard cat was recovered and sent for post mortem.
Local resident Vinod said that, when he was walking in the morning, he saw the body of a baby leopard cat lying in a pile of garbage. He said there is a dense forest near the area and, some time ago, even bears had been spotted. He has demanded that officials increase patrolling in the forest.
Jagjivan Ram said that the dead animal was not a leopard cub, but that of a leopard cat.

Garhwal Post has established itself as a credible, balanced and forward looking newspaper in India. Based in Uttarakhand, the daily is read by the aware, socially and culturally responsible, high-income elite of society.
Contact us: info@garhwalpost.in
wechat dating app