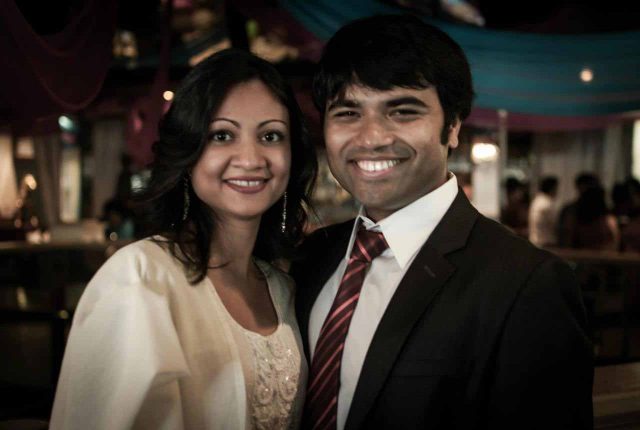 DEHRADUN, 30 Jul: Samir Menon (PhD), a Dehradun boy, set up a Robotic Solutions Company named Dexterity Inc, in California’s Silicon Valley, about 2 ½ years ago. Earlier, having obtained his BTech from the Indian Institute of Information Technology (IIIT), Allahabad, he completed his Masters in Computer Science from Stanford University, CA. He was then offered a multi-disciplinary PhD at Stanford University, Palo Alto, and awarded various fellowships culminating in his PhD in 2017. 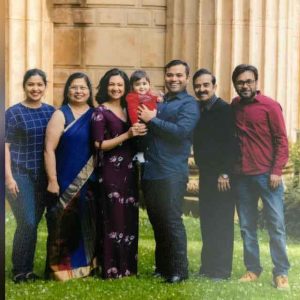 Dexterity Inc initially worked in Steath Mode, developing path-breaking software solutions and recruiting the best software people in the Industry as the operations expanded. Finally, with some major corporates signed up, to whom Dexterity Inc is providing Full-stack Robotic Solutions, and with the latest round of funding attended by some of the world’s major investors completed, Dexterity Inc exited from stealth mode becoming publicly visible through their website Dexterity.com. Immediately, Dexterity received numerous glowing reviews from top international magazines like Fortune.com, Businesswire, Lightspeed and others.

Samir Menon (CEO) states in his opening message in the company’s dexterity.com or dexterity.ai website, ‘We are Dexterity, a young startup stepping out of stealth today. We’re engineering intelligent robots with human-like dexterous manipulation skills. Our first stop is to automate warehousing, a massive market with a clear need for automation and a great proving ground for our robots. Our overarching goal is to delegate repetition to robots and unlock human potential—let robots do the robotic stuff. The printing press was once the force-multiplier for human learning.

“We see robots as the force-multiplier for human endeavor, and we’d like to usher in this inevitable future.
“We Robots! We have a simple plan to make robots ubiquitous: Build intelligent software that gives robots human-like dexterity
“Build a sustainable business by deploying full-stack robotic systems—hardware and software—in warehouses to maximize human productivity
“Make robots smarter and expand their impact beyond the supply chain to stores, offices, and everywhere
Ubiquitous robots!”

“(There are a few bonus goals along the way: use robots to do laundry, change diapers, assist the elderly, and explore the galaxy!)

“While the plan is simple, its execution is hard. Intelligence is not about scripted and pre-programmed tasks in a structured environment. Intelligence is about working in a dynamic real-world environment with contextual awareness and skill. The difference is consequential. Pre-programmed robots are not human-safe and will always live in engineered environments—in cages and cells. Caged, unsafe robots are not effective in warehouses, stores, offices, or homes. They require constant tending and cannot adapt or interact, which prevents them from being collaborative helpers that unlock human potential.

“In the two and a half years since we began operations, we have concentrated our efforts on effecting a digital transformation in our customers’ logistics operations. We have deployed a team of collaborative, intelligent robots in production. Transcending state-of-the-art, our robots can pick with force control, can move, can gracefully pack items with a sense of touch, and can collaborate with humans and with each other.

“Dexterity’s robots have unique abilities. They can pick, move, pack, and collaborate!”

Now that companies like Dexterity Inc are treading new paths, we in India must feel that there would be tremendous possibilities for companies in India to take advantage of robots in industrial production to enhance productivity in India, as Samir said, “We see robots as the force-multiplier for human endeavor”

Samir’s father Deepak Menon states, “There is not much that I can write about Dexterity, because to even a casual visitor to the Company’s website, there is a plethora of visual information as well as recommendations from very creditable companies which give a clear idea of the terrific standing of the company in the world of technology. In fact, one of the comments by Toshihiko M, Robotics Business Unit, Manager Kawasaki, is a great tribute to Dexterity: “Dexterity gave us the confidence that they could do what no other company has ever done before!”

He adds, “Samir is a young man who everyone loves – a really decent fellow – both, he and his sister Serena (who is married to a brilliant young creative director Karan Agarwal), are extraordinary performers at whatever they do and we love them dearly. By the way, when Samir was a little boy, he fancied himself as the best player of the computer game – Packman, and later PC Man, but one day I hit a score of 78,000 on PC Man, and took a photograph of it, just to show my little hero who is the boss – good fun.”

“Samir has probably more published research papers in internationally renowned technology magazines, than anyone I know. He has also attended and spoken on stage about computer and robotic systems, in numerous conventions in a score of countries and towns around the world, as an invitee,” Deepak reveals.

“Samir is married to an outstanding young lady, Sana, and between them they created the most marvelous little cute grandson one can ever dream of. They coined a unique name never used before for the little fella – XAHVI – and he was born on my birthday!

To wind up this little comment – Samir’s mother Abha, my wife, is an MSc in Physics and. like Samir, she understands mathematics so well that they do their calculations in the head – so you know where Sammy’s brains came from,” the proud father declares.