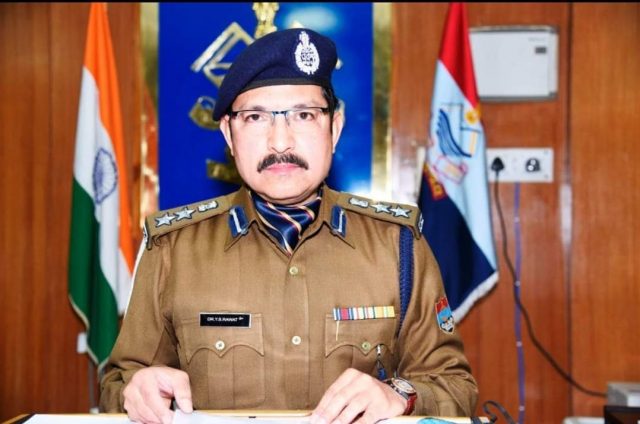 By Arun Pratap Singh
Dehradun, 10 Apr: Day after the Uttarakhand Cabinet decided to impose night curfew in the Dehradun city, orders were formally issued today imposing night curfew with immediate effect by District Magistrate Dr Ashish Srivastava. In addition, SSP Dehradun, Yogendra Singh Rawat also briefed the media in this respect. The decision to impose the night curfew has been taken in view of rapid rise in the number of Corona infection. According to the latest health bulletin issued this evening, Uttarakhand reported a total number of 1233 while Dehradun by itself reported 589 fresh cases in past 24 hours! Under the orders issued today, there will be a curfew from ten o’clock in the night to six o’clock in the morning everyday till further orders. During the night curfew hours, vehicles will not be permitted to ply between 10 pm and 6 am. However, essential services will not be affected by the said order and will be able to function smoothlessly.
To begin with the night curfew will remain in force under the entire area of Dehradun Municipal Corporation, Cantonment area of Garhi Cantt and Clement Town.
It may be recalled that there has been a rapid rise in the spread of Corona infection in the state and particularly in Dehradun where on an average more than 300 cases are being reported every day.
As per the orders issued today, vehicles related to supplies of fruits, vegetables, milk, petrol, and gas supplies along with medical and other essential services will remain exempted from the restrictions. Besides this, the pharmaceutical shops and petrol pumps can remain open all the time. People travelling by airplane, train, bus will be permitted to commute during the night curfew hours. Construction works of public interest will be allowed to be carried on during the curfew hours. Personnel and labourers associated with such works would also be free to commute, while the personnel working in industry will have to produce their identity cards issued by their employers when asked in order to be able to commute during the night curfew hours. Also, the vehicles carrying persons or driven by such persons from outside the city but requiring to pass through the restricted areas of the capital in order to travel to other cities or districts shall also be permitted to travel. People who have to attend marriage functions will be free to commute on production of the wedding invitation card.
Along with this, orders have also been issued to conduct a large-scale special sanitisation drive in Municipal Corporation Dehradun from eleven o’clock in the morning every Sunday. In addition, to prevent the spread of corona virus infection, it will be mandatory for all to comply with the guidelines issued by the Union Government and the State Government from time to time. Public transport will remain closed during the night curfew. The SSP informed that the orders received from the government would be strictly implemented during the curfew hours. He said that restaurants and cinema halls would open at half-capacity throughout the day. Section 144 would also remain in force in Dehradun during the night curfew.