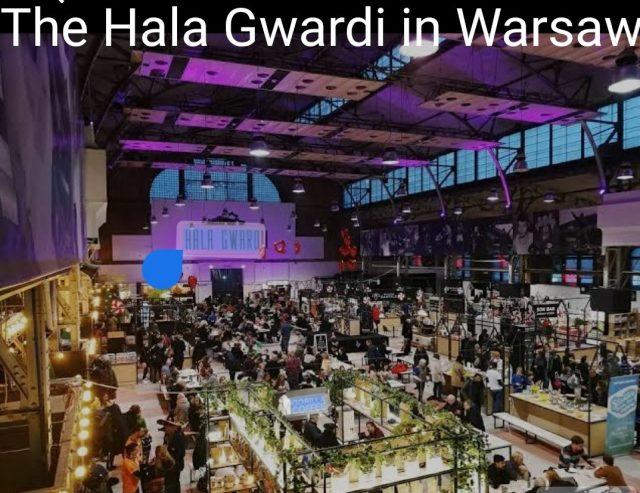 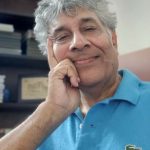 I visited Poland in 2018. Poland has always fascinated me – it is a country that rose from dust after the Second World War – especially Warsaw, which is now a city with amazing skyscrapers and fashion streets. I was also interested in seeing Hitler’s “Wolf’s Lair”, a reinforced camouflaged concrete bunker not far from Warsaw, in the small Polish town of Rastenburg from where Hitler planned his Russian campaign and where the most audacious attempt to assassinate him was made.

It gets cold in Poland and sometimes temperatures dip to -20 degrees centigrade. When I told my doctor friend that I was travelling to Poland, he advised me to have a shot of brandy (Cognac) whenever I felt too cold.

“Take it as a medicine. Don’t take it unless you are shivering due to cold,” he said with a smile!

I took the bus from Krackow to Warsaw, and as luck would have it, I got caught in a persistent drizzle, which soon turned into snowflakes.

By the time I had made it to the legendary Hala Gwardii for dinner, I was shivering! It was time to obey my doctor! I made my way to the bar and asked for a shot of brandy.

“We don’t have brandy. Everyone here only drinks Vodka,” replied the bartender.

Due to a lack of choice I sat down to have a shot of Vodka.

I knew that in Poland and Russia – Vodka is like a national drink. In Russia, particularly, high volumes of Vodka have been a problem throughout the country’s history because drinking is a pervasive and socially acceptable behaviour in Russian society. It has huge negative effects. But alcohol has also been a major source of government revenue for centuries. Hence, attempts to impose prohibition have always been half hearted.

Legend has it that the tenth-century Russian Prince, Vladimir the Great, rejected Islam as a state religion because it prohibits the consumption of alcohol. Much before him, Ivan the Terrible began setting up “kabaks” or taverns in his major cities to help fill his coffers. By 1859, Vodka was the source of more than 40% of the government’s revenue. Since Poland was a satellite of Communist Russia – it fell prey to the “Vodka culture”.

It was therefore not unusual to see people at Hala Gwardii, gulping Vodka and getting noisier by the hour. To add to the noise and merriment, was the presence of a Russian Football Club team at the Hala Gwardii! They kept shouting “boodemzdarovye”, which translated means “To our health!”, with each shot of Vodka they consumed.

I knew about the Russians’ liking for Vodka. I had read a book written by Taylor Branch (the Pulitzer Prize winning author) called “The Clinton Tapes”. He has written about how addicted the former President, Boris Yeltsin, was to Vodka and how he got drunk and wandered into the street on Pennsylvania Avenue (Washington) in his underwear looking for a pizza when he was on a summit meet with the American President Bill Clinton! Hence, I took what I witnessed in my stride!

What is the link between Vodka, Dehradun and the Russians you might ask? There is – which I was unaware of sitting and watching people at the Hala Gwardii in 2018.

About 2 years ago, the legendary journalist, Mr Raj Kanwar, dropped in for a cup of tea at our place. Casually, I mentioned Vodka and the Russians! He narrated a delightful tale.

He told me that, when the ONGC was set up in the 1950s in Dehradun, a lot of Russians came to assist it during its teething years. Being Russians, Vodka found its way into their homes. Initially, they got their supply from the Russian Embassy. After having their “shot” they would walk to the Indiana Bar and Cafe on Astley Hall. Indiana Bar and Cafe served excellent food and had a great bar. It was owned by the very resourceful Mr N Chaman, who had an expansive property which now houses the Hillgrange School but, in the ‘50s, he had rented it to the Russians.

Soon, the Vodka supply from the Russian Embassy started to dry up, and the Russians asked Mr Chaman whether he could arrange for “Indian Vodka”! For once, the well connected and “never say no” Mr Chaman was at his wits’ end.

Mr Chaman turned to Mr Raj Kanwar, who was an old acquaintance of Mr Chaman and a regular at Indiana Cafe. Mr Raj Kanwar suggested that he serve the Russians white Indian country liquor – “tharra”! If nothing else, it looked like Vodka and if not the taste, the “kick” would be as hard, if not stronger than what the Russians got from their Vodka! Not being one who wasted time, a man was despatched to a ‘theka’ at ‘Machhi Bazaar’. Soon, the Russians were gulping it down with greater zeal than for the Russian Vodka!

When Mr Chaman asked them whether the Indian Vodka was good, they replied in unison,

That was in the early 1960s. Luckily, I was witness to the Dehradun of those years. Subsequently, everything changed. Indiana Cafe disappeared (Napoli stepped into the hallowed space), the Russians went away, Mr Chaman and Mr Raj Kanwar went to the heavens.

I wonder though, whether the ‘theka’ is still there in Machhi Bazaar?

(Kulbhushan kain is an award winning educationist with more than 4 decades of working in schools in India and abroad. He is a prolific writer who loves cricket, travelling and cooking. He can be reached at kulbhushan.kain@gmail.com)