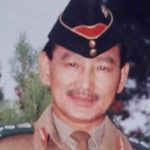 Tourism is meant to attract visitors to a place of interest, with the intent to commercialise it. That is when the environment invariably gets adversely affected …be it the Taj Mahal or the Valley of Flowers. How can we achieve both, because both are necessary for the general benefit of society and the government treasury? ‘Dehradun Zoo’, however small, may provide an answer.

This story is not new or big, but significant due to its contribution to the effort to live in harmony with nature and containing the spread of urban greed that has robbed Doon of its pristine beauty.

It deserves a mention, more so, because unlike other environmental spots which have been sacrificed to commercialism, Malsi Deer Park (as it was known earlier) has been developed without disturbing its natural wealth. Most of us have been there and it needs no introduction, but the way it has transformed in the last few years is an exception in a town that is adding more concrete than greenery. Located in the lush green jungles of the lower Shivaliks, it is delightfully charming despite its dainty size. It is a success story that needs to be replicated, elsewhere, too.

Young and old, they all find in it a very convenient ‘outdoor’ location to spend a leisurely day, literally with birds and bees around them. I once met a group of elderly couples from the nearby Senior Citizens’ Home’ (old Mussoorie Road) and spent some engaging time in their company, who said they often came here rather than the theatres or the crowded Malls in the town. Outside, one is often greeted by school children, accompanied by their teachers, making delightful sounds in front of the caged birds and animals.

Way back in the ‘70s or near about, some kind gentleman in the District Headquarters of Dehradun (then in undivided UP), procured the rights to open a small animal park from the local Forest Authorities without disturbing the forest, to establish an animal center ‘in situ’… and it remained a nondescript deer park for a long time when some Sambar deer and black mountain bear were the only animals kept there, besides some monkeys and a few birds.
In 2012, it attracted the Government’s attention and in 2016/17, a Society was created for its management and it became the Dehradun Zoo, as we know it now. The society has done a splendid job in totally transforming the zoo and added a number of features that includes many rare animals, birds, reptiles, rare plants and also a very impressive Aquarium that displays a variety of fish.
Many of us ‘Doonites’ have literally seen it grow from a very humble park, and often went there more for picnic lunches than for anything else. Somewhere in the ‘90s, a wounded leopard was added in the adjoining open enclosure, next to the Sambar deer enclosure. It grew better and somehow jumped the dividing fence after climbing a tree and ate a few deer. Some lose monkeys also disappeared who lived as uninvited guests with the deer families. For a long time thereafter, the leopard was not seen and many bird enclosures, including those of the geese and pelican, were dismally empty. It was languishing… but that is all in the past.
Now it is an environmental delight and the State Government deserves full credit for its revival (and perhaps makes amends for many sins that came visiting, with or without compulsion).

The lush green jungle is the actual ‘Prima Donna’ which undoubtedly adds to the Zoo’s charm… and the simple yet lazy pathways through it take you deeper into quiet solitary walks or resting places under simple canopied shelters to spend some quiet moments with nature… or enjoy some picnic basket you may carry. The Society run canteens are also readily available if you so prefer. The tourist season could be slightly crowded but there is space for all and sundry. Presently, however, the dread of Corona may be deterring its lovers, but efforts are on to encourage its habitation with necessary precautions placed by the able staff of the management body.