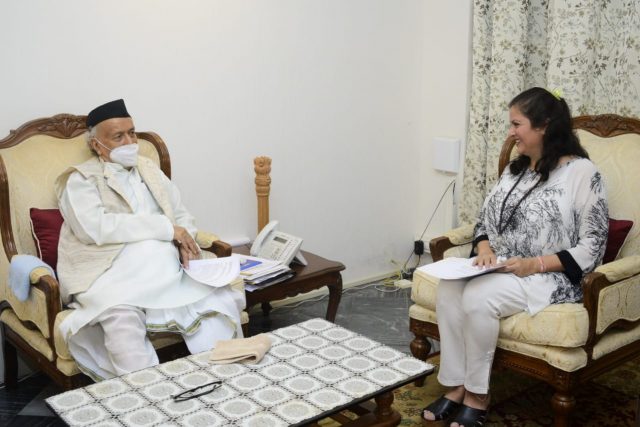 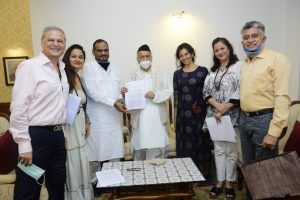 The delegation also submitted a memorandum to the Governor in this respect. They have alleged that much to the shock of Osho disciples across India and the world, a part of the Osho’s iconic Ashram in Pune had been put up for sale by the trustees early this year. This, they alleged had been done without informing the thousands of Osho disciples living across the world. They further reminded that the disciples of Osho were from all walks of life representing various professions and businesses whose lives had been transformed spiritually by Osho. This Ashram in Koregaon Park also housed his Samadhi which held a precious space for his disciples to sit in meditation. Even in the present times, this place was frequented by his disciples from across India and the world.

The delegation submitted before the Governor that Osho’s legacy was being destroyed and in part siphoned out of India by the current trustees in connivance with few foreigners and it was being systematically destroyed or hijacked and transferred overseas on the basis of a forged will that had been examined and certified by Forensic Science Laboratory, New Delhi as forged. The delegation further claimed that last year in July, the trustees colluded to sell a part of the Ashram to Rajiv Nayan Bajaj for Rs 107 cr alleging losses due to COVID through an application made to the Charity Commissioner Mumbai for approval of this sale. Although, the Osho disciples were ready to provide funds to prevent the sale of the Ashram but this was ignored by the trustees. The delegation demanded an investigation into the sale of any part of the Ashram property in Koregaon Park, Pune via the Charity Commissioner’s office, a forensic investigation by the CBI in misdemeanours of the trustees and management team regarding intellectual property, an Enforcement Department inquiry in the financial transactions carried out by the trustees and the management team in India and overseas besides immediate removal of the trustees and management team while they were under investigation and rapid transition to an interim team appointed amongst Osho disciples. 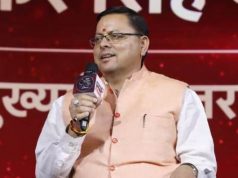 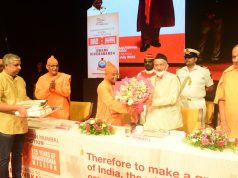