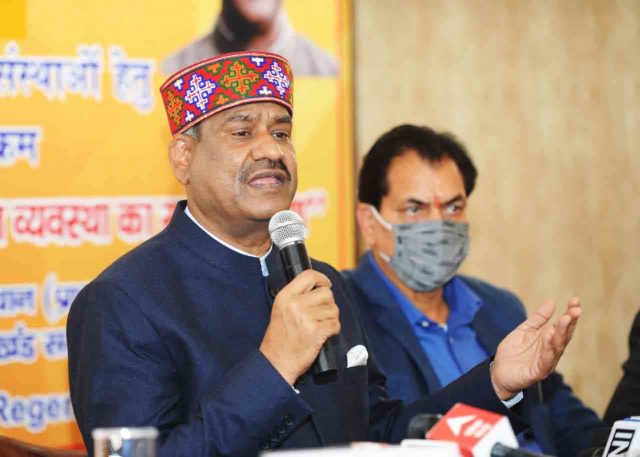 By Our Staff Reporter
Dehradun, 8 Jan: Lok Sabha Speaker Om Birla inaugurated an Outreach and Familiarisation Programme for the Panchayati Raj Institutions organised by the Parliamentary Research and Training Institute for Democracies (PRIDE) of the Lok Sabha Secretariat and the Panchayati Raj Department at a local hotel, today.
On the occasion, Speaker Birla said India’s democracy is strong and efforts continue to make it even stronger. The basic principle of the Constitution envisaged a democratic republic. Governance needed to be focused on the people. There had been 17 Lok Sabha elections and more than 300 state assembly elections held successfully in India since independence. The confidence of Indians in democracy had increased and people increasingly understood the importance of voting.
He also pointed out that constitutional provisions under the 73rd amendment had been made to strengthen the panchayati raj system, so that village governments could have the necessary powers to function properly. This was particularly important in a state like Uttarakhand which was on the international border and had a large representation in the armed forces. Urban and rural areas had to develop in equal measure for comprehensive progress.
Chief Minister Trivendra Singh Rawat, in a virtual address, said it was a matter of pride that panchayat raj was being strengthened in a nation that had already established high democratic standards. Without development of villages, the cities too could not grow. He also emphasised on a corruption free system to strengthen the rural economy. There was a great need to promote local products, raw materials and natural resources, he emphasised.
Vidhan Sabha Speaker Premchand Aggarwal expressed happiness that the training in panchayati raj practices was being initiated from Devbhoomi. Panchayati Raj had ancient roots in India. The three-tiered panchayati system was based on Mahatma Gandhi’s philosophy. He also recalled the history of the panchayati system in independent India. On the occasion, he praised public representatives for their contribution to the fight against Covid-19.
Also present on the occasion were Lok Sabha MP Ajay Tamta, Lok Sabha Secretary General Utpal Kumar Singh, Tehri District Panchayat President Sona Sajwan, Secretary, Panchayati Raj, HC Semwal and other public representatives.