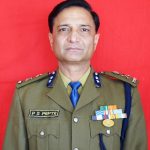 Reverse Migration in Uttarakhand may not be proprio vigore. We may not always look for foreign capital and investment as panacea for every problem in the country. But, historically, when we analyse the economic situation and investment after liberalisation in 1990, we observe that India being the same population, climatic condition and political system only tweaked the policy and changed the outlook, which changed the investment and economic growth. We have the opportunity, now, to tap capital and resources in the neighborhood. For Uttarakhand, opportunities are next door in the apple rich economy of district Shimla of Himachal Pradesh for capital and employment of migrants of Uttarakhand from all across the country due to COVID-19. District Shimla of Himachal Pradesh (Apple Bowl) starts its apple season from 15 July, every year, where lakhs of laboures are required. Most of the labourers in the past came from the Nepal, which has seen restriction this year. Uttarakhand and Himachal Pradesh Governments can tie up and create a labour bank for easier employment opportunities for quick relief. I have been recently to some districts of Himachal Pradesh, where the labour issue is a hotly discussed topic in apple circles and this opportunity can be encashed by Uttarakhand being the next door neighbor with similar climatic conditions, customs and culture.

I have travelled widely in Garhwal areas of Uttarakhand and seen varied kind of progress and lack of it for the last thirty years. Harsil, Gangori, Sukhi areas of Uttarakhand are among of the shining examples of such growth and consequential benefits. I have seen Savari area in Naugaon declining in production and quality. I have seen scattered villagers taking up horticulture in parts of Uttarkashi and Chakrata division of Dehradun and a few pockets of Tehri Garhwal.

Villagers do not take up horticulture unless there is demonstrative manifestation of benefits visible. Those who intend to can read the story of Samuel Evan Stokes, known as Satyananda Stokes, bringing the apple to Kotgarh in 1916 in Himachal Pradesh and the problem faced by him. His is a fascinating story of an erstwhile missionary who, in order to attain social integration with his adopted community, started living the life of a farmer, gave up his Western clothes, married a local girl, changed his religion to Hinduism and his name to Satyanand Stokes. After various experiments in hill farming, he reached the conclusion that only fruit growing could be done on the scale needed to give the local economy the boost it needed. Stokes was convinced that apple cultivation would improve the condition of the farmers. He imported saplings of Stark Brother’s Delicious variety from the United States and planted them in Himachal Pradesh. This variety became very popular in India because of its taste and the famers of Himachal Pradesh started cultivation of apples in 1916. The result was bumper crops that encouraged the other farmers to do so. Stokes helped them wholeheartedly in every way. Indeed, he purchased more land and devoted it to growing apple cultivars which the villagers would use to seed their own farms. The local economy was vastly reinvigorated. Village elders in the mid ‘50s and early ‘60s opposed plantation of apple in better cultivated fields, owing to horticulture not being understood as an alternative for livelihood. Human psychology in the similar culture and geographical continuity may not be different in Uttarakhand, which would encourage horticulture as an alternative livelihood and stop migration from the hills.

Government needs to encourage demonstrative method of encouraging and facilitating investments from high end horticulturists of neighbouring states, bringing capital, technical knowhow and on the ground visible benefits to encourage every cultivator to go in for the horticulture alternative.

Horticulture is a cash cow which will bring cash in circulation thereby reversing migration and engaging youth in productive pursuits and strengthening the local economy. Of late, peas and tomato cultivation in district Uttarkashi, parts of Tehri Garhwal and parts of District Dehradun should be taken as evidence to switch to horticulture in a big way. On the ground in these pockets, the farmer has switched from red rice to cultivation of peas and tomato and have benefited.

Uttarakhand has similar climatic conditions as neighbouring Himachal Pradesh and is suitable for kiwi, pear, persimmon, strawberry, cherry and apple growing. There are many varieties of all these plants that can grow between 3000 ft. and 8000 ft. and bring a revolutionary change in Uttarakhand. To drive home the point, there are 17 kinds of pears and more than 20 qualities of apple plants which are suitable for these valleys and varied heights in their characteristics for early crop to shelf life value depending on which area suits the farmer under the guidance of horticulturists. Now the gestation period of plants has come down to four years with dwarf (spur) qualities of fruits plants available in Himachal Pradesh and horticulture universities.

Uttarakhand also can go in for special promotion of Manduwa, Jhangeera, Haldi, Arbi and Medicinal plants as organic foods and create marketing support and intervention. This can be supported with the latest agriculture support announced under the Government of India’s ‘Aatm-Nirbhar’ schemes. As COVID-19 has created fear in the big cities, where population density is very high, the long term effect of this phenomenon is going to be people creating alternative abodes in their villages and those who have resources will look towards the hills to create a safe place to work and live with their families in pristine climatic conditions.

Uttarakhand has not been focusing on some of the British established small hill towns like Lansdowne and Chakrata. If planned development is undertaken and water supply is provided, investment from HNI is encouraged, unreasonable restrictions removed to facilitate acquisition, big time investment can come in these areas with home stays already on the anvil. To support this point, development of Landour by Britishers offering one acre and more for development of Bungalows for HNI in Mussoorie can be traced and replicated.

There is no doubt that Government of Uttarakhand is framing policies but the effects of these policies in the 19 years of the state’s existence have not been visible, nor halted migration from the hills, particularly Pauri and parts of Tehri and Kumaon region. If ground realities, environment and possible adoptability is co-related or dovetailed in the policy framework (especially demonstrative performances) visible results will be seen in good time.