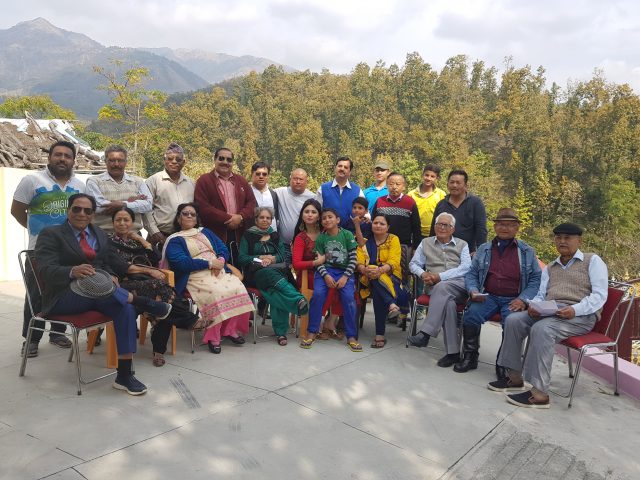 By OUR STAFF REPORTER
DEHRADUN, 29 Mar: A meeting was held of the Dehradun Ex-Servicemen League (DESL) was held in Vikas Nagar under the aegis of Col US Thakur (Retd), President, DESL, at which it was stated that every Indian felt proud of the space scientists and also the present government for developing anti-satellite capability. The A-SAT missile had shot down a live satellite in space at 300 KM distance. Earlier, this capability was only with Russia, US and China, thus India had become the fourth nation with this capacity.
Col BM Thapa (Retd) Senior Vice President, DESL, stated that no Government orders have been received so far regarding all the promises made by Defence Minister Nirmala Seetharaman during her recent visit to the Doon Valley. She had promised that anomalies of OROP would be examined and removed. She also announced that all women in defence services would get permanent commission.
Col B Shahi (Retd), General Secretary and Treasurer, DESL, emphasised that all defence personnel desired that any new government coming up should care for the defence forces’ welfare regarding equipment, arms, ammunition, widow welfare and soldiers’ welfare, which was lacking presently. Col BD Gambhir (Retd) wanted that the upcoming war memorial on New Cantt Road should have more area and work should be speeded up.
Capt Neel Thapa (Retd) said that all leaders visited the Martyrs’ homes when they got martyred but, later, forgot them. Money collected from all sources for the martyrs’ families went to the government fund, first, and then took a lot of time to reach the families. Money ought to be sent directly to families.
The meeting was attended by large number of DESL executive members and their families including Cols US Thakur, BM Thapa, BD Gambhir, Capts NeeL Thapa, KB Thapa, SJ Thapa, Bhupendra Singh, LB Thapa, Nitin Thakur, Bhagwan Singh Thakur, Anurag Thakur, Rajvardhan, Jayavardhan, Udaiwardhan, Abhinav, Dharmendra, Adhiraj, Meera, Shashi Bala, Kusum, Anubha, Reena and many others.