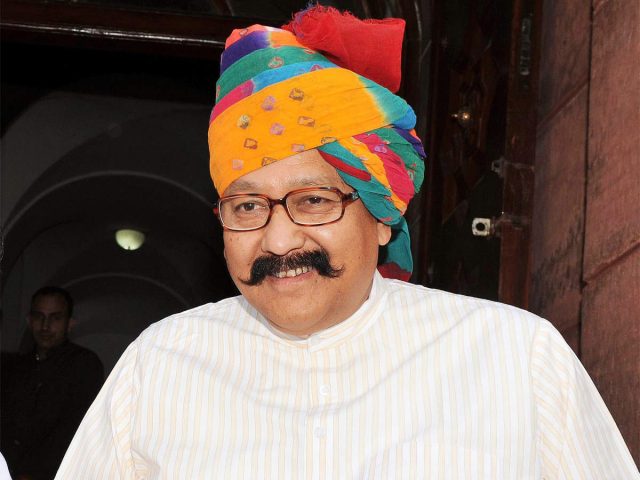 By Our Staff Reporter
Dehradun, 7 Apr: Tourism, Culture, Religious Affairs, Irrigation, Small Irrigation & Watershed Management Minister Satpal Maharaj today held a meeting to review preparations for the Kumbh Mela as well as in respect of upcoming Char Dham Yatra. Today’s meeting was focussed more on management of certain traditional religious events related to Uttarakhand’s culture and on how to revive them. Maharaj directed the officials to make elaborate arrangements to provide a grand form and ensure popularisation of traditions such as Kumbh Snan of the Dev Dolis (processions of local deities of Uttarakhand) during the Kumbh Mela. The Tourism Minister directed that proper Yatra route charts and schedule be prepared for movement of the Dev Dolis all along from Rishikesh to Haridwar, and grand arrangements be made to give them a warm welcome at every place when the Dolis moved for Kumbh Snans. Pandals be set up along the route to ensure this. He further directed that the flower petals be showered from choppers during the Yatra of the Dev Dolis and that the dignity of the Dev Dolis be maintained at every cost.
Maharaj reminded the officials that Uttarakhand was the land of gods and goddesses and every particle of it was divine in itself. Therefore the traditions of the Dev Dolis be promoted to conserve the local culture and traditions. He reminded them that since ancient times, the Dev Dolis were brought from several parts of the state during the Kumbh in Haridwar for Ganga Snan (bathing).
Later responding to the queries of the media persons, Maharaj informed that the Shobha Yatra of the Dev Dolis this year would begin on 24 April from Triveni Ghat, Rishikesh. There was a possibility of congregation of about 200 Dev Dolis this time and they would move towards Haridwar on the beats of the Dhol-Nagadas. On 25 April 2021, the Shobha Yatra would arrive in Haridwar and they would bathe at Brahmkund in Har ki Pauri. After that, in the grand pandal at Pantdeep, the deities would bless the devotees and seers alike. Maharaj further claimed that strict directions had been given to the officials to ensure that everyone wore mask at the processions and all the events related to the Dev Dolis and ensure social distancing as well as sanitisation. He said that a negative test report of Covid would be required as per the Kumbh protocols. Speaking about the upcoming Char Dham Yatra, he said that Char Dham Yatra would be managed keeping Covid guidelines in mind and strictly in accordance with the carrying capacity of every shrine part of the Yatra.
During this meeting, Shri Devbhoomi Lok Sanskriti Vibharatiya Shobha Yatra Committee Chairman and former Cabinet Minister, Mohan Singh Rawat Gaonwasi, Member DS Gusain Secretary Tourism Dilip Jawalkar, Director General Culture Department Ashish Chauhan, Director Culture Bina Bhat, Superintendent of Police Lokjit Singh and Haridwar Mela Officials were present.