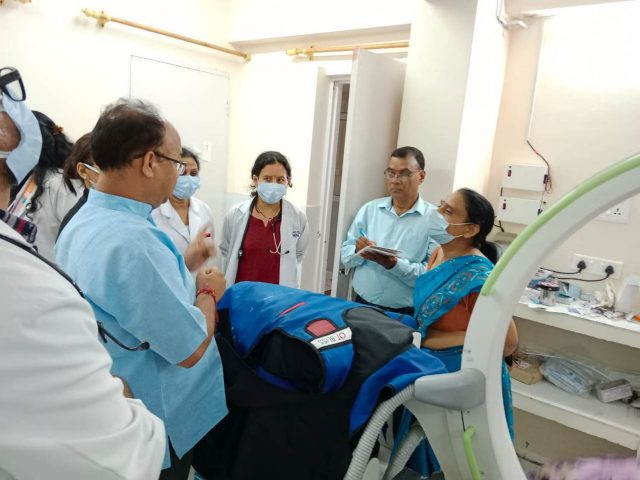 On the occasion, she expressed her displeasure at the prevailing mismanagement. She also directed the CMS of the sub-district hospital, Dr Yatendra Singh, to improve the services at the hospital.

Director General Dr Shailja Bhatt informed them that the CMO, Dehradun, has been directed by her to end the shortage of staff in hospitals in Mussoorie and surrounding areas. The Chief Minister and the Health Minister of the state are constantly working to improve the condition of the government hospitals and, it was as part of this she was inspecting the Mussoorie sub-district hospital. She said that, even as there is no shortage of doctors in Mussoorie, paramedical staff and Class IV employees will be provided soon. Dr Pradeep Rana, Dr Khajan Singh Chauhan, Dr Shaili Singh, Dr Bina Singh, Dr RP Khanduri, Dr Pallavi and others were present on the occasion.