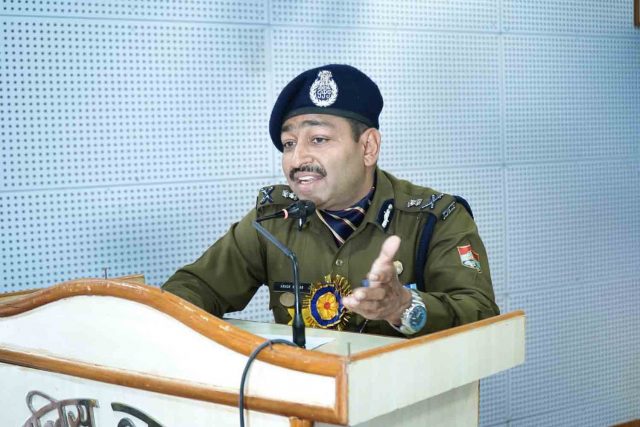 Dehradun, 14 Dec: Director General of Police Ashok Kumar today released the ‘Shatmukh Souvenir 2021’ at the joint conference of “Police Pensioners’ Welfare Committee” and “PPS Retired Officers’ Welfare Association”, which was held in the auditorium of the Police Lines here. 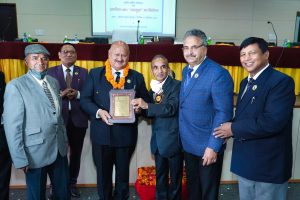 This was the third such annual joint conference in Uttarakhand. During the conference, the Police pensioners and retired PPS officers apprised the DGP and other higher officials and the committee about their problems.
The Chief Guest at the conference, Ashok Kumar, while discussing the problems of officers and employees at the headquarters level, assured them early resolution of their problems. He also promised that the Association would be soon allotted an office at the Communication Headquarters located in Jakhan. 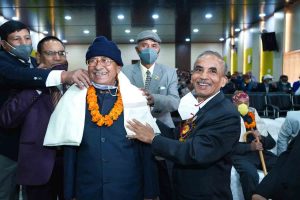 Retired officers-employees, senior members and meritorious students were also felicitated by the DGP on the occasion.
GC Pant, President of PPS Retired Association, promised setting up of Rehabilitation, Employment and Police Welfare Boards in the districts. He also spoke of constituting an executive committee and setting up a complaint redressal helpline and website in the context of the rules mentioned in Chapter 9 of the Police Act, 2007.
At the end of the function, the office bearers of the association thanked the Director General of Police for lending a patient ear to their requests and expressed the hope that their problems would soon be resolved.