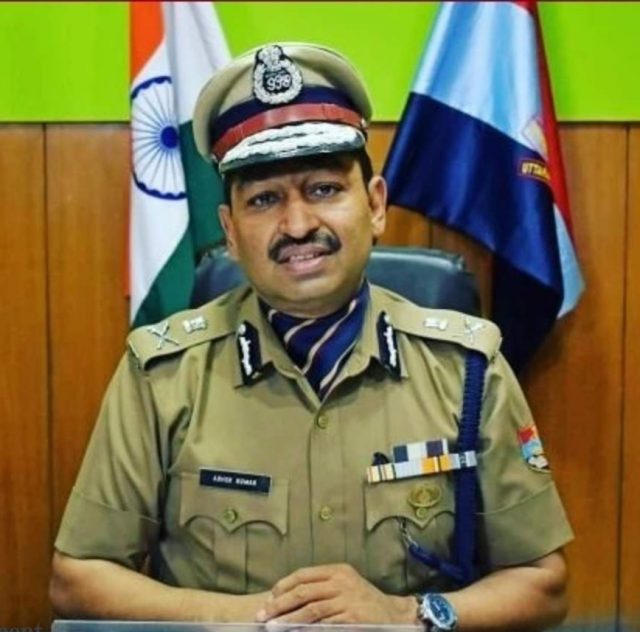 DEHRADUN, 2 Aug: Director General Police Ashok Kumar has today warned that strict action will be taken against the land mafia who illegally occupy government/ private land and buildings. Issuing directions in this regard, Ashok Kumar said that cases be registered against such land mafia, also under the Gangster Act for illegally acquired property and to open their historysheet, and cancel their gun licenses.

Kumar said that a register (database) of the identified land mafia be prepared at the police station concerned at the district and zone level, and it be kept updated regularly in coordination with other district in-charges, and strict action be taken against them. He also stated that monthly information about the action taken regularly be reported to the police headquarters.

Kumar also directed that complaints against such land mafia on the complaint made by the public in relation to private property be registered and the departments concerned owning the property in question be informed immediately and also action be taken on encroachment of unclaimed land, river beds, public road etc in coordination with the district police in-charge and the district magistrate. He also directed that FIR be registered on complaints immediately and action initiated.

It however remains to be seen how seriously the directives would be taken by the Police officials who have been often found to be colluding with the encroachers.

Garhwal Post has established itself as a credible, balanced and forward looking newspaper in India. Based in Uttarakhand, the daily is read by the aware, socially and culturally responsible, high-income elite of society.
Contact us: info@garhwalpost.in
https://garhwalpost.in/dating-as-a-single-mom/ speaky dating app https://garhwalpost.in/best-churches-for-singles-near-me/