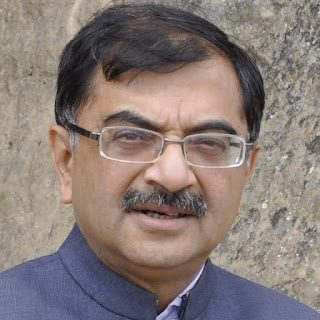 DEHRADUN, 29 Nov: Describing the decision to dissolve the Uttarakhand Devasthanam Board by the Pushkar Singh Dhami Government as a welcome move, former MP and senior journalist Tarun Vijay has thanked the CM for the move. He said that the Uttarakhand government had taken a decision which was in the larger interests of the country and religion. It may be recalled that Vijay is also the President of Shri Nanda Devi Rajjat Samiti. Vijay claimed that the disregard for the will of the priests, the contempt of the ancient religious traditions reflected the colonial British mind and the secular and western mindset of politicians and journalists. It was sad that the priests who were Dharma Rakshaks of Uttarakhand had to agitate to get justice. Priests protected the religion by living in poverty throughout their lives, from the first moment of life to the last moment, they were known all over the world for maintaining the tradition in every happiness and sorrow and it was tragic that they did not get the kind of state protection and encouragement they deserved to get. Tarun Vijay demanded that all the priests of the state be given the facility of government pension. The religious traditions of Uttarakhand were alive due to their efforts to preserve the traditions. When in several states, from Tamil Nadu to Odisha, Telangana and Karnataka, pension was given to the priests why this also not be implemented in Devbhoomi Uttarakhand too, he asked.