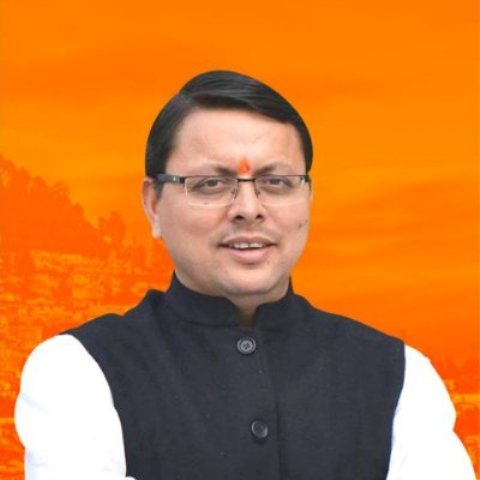 By Arun Pratap Singh
Dehradun, 26 Jul: Chief Minister Pushkar Singh Dhami today moved into his official residence located at New Cantt Road, putting to rest all speculation that he might avoid moving into the so called jinxed property that several of his predecessors had steered clear of.
His immediate predecessor, Tirath Singh Rawat, who had the shortest tenure so far consisting of 115 days, had also avoided shifting into the official CM’s residence and had even claimed that this building spread over 10 acres would be converted into a Covid Care Centre during any future outbreak or wave of the Corona pandemic. Before the renovation of this official residence, ND Tiwari was the only CM to have stayed in it and even completing his tenure. BC Khanduri avoided moving into the building on the pretext of its dilapidated condition and, instead, ordered construction of a new building in its place. He had to go before the construction of the building was completed. His successor, Ramesh Pokhriyal ‘Nishank’, moved into the new building but he had to go in less than two years and was replaced by BC Khanduri, who again returned as CM. Khanduri, however, did not move into this property.
Congress won the 2012 assembly elections and the new Chief Minister Vijay Bahuguna moved into this building but was unable to complete his term, and was replaced by Harish Rawat, who stayed at Bijapur Guest House and chose not to move into this building. However, he still lost the elections and could not win his own election either. BJP won the 2017 assembly elections and the new CM, Trivendra Singh Rawat, did not give any importance to the superstitions attached to the building and moved in. He, too, was unable to complete his tenure and days before completing four years as CM was replaced with Tirath Singh Rawat by the BJP top brass. Tirath Singh despite not moving in, had also to go and was replaced by present CM Pushkar Singh Dhami, who has chosen to ignore the so called jinx theory attached to the building and moved in today. He has a few months remaining as CM and it will be interesting to see if he manages to win the assembly polls and achieve retention of power by any party in Uttarakhand for the first time or not.
Sources claimed that some Vastu corrections have been incorporated in the CM’s Official residence before he moved in on the basis of recommendations of certain top consultants. In addition, weeklong pujas were performed by a group of chosen priests before the house-warming by Dhami. Chandi Path, Rudra path and Mahamrityunjaya Path recitals were conducted during the pujas. When this building was constructed, it had a swimming pool which was later filled up with earth and sand on the orders of the then CM, Trivendra Singh Rawat, to “correct Vastu dosh”. 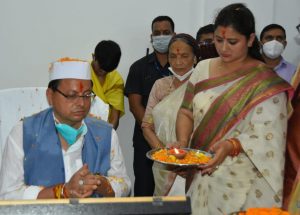 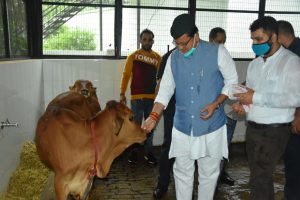 A havan was performed today to mark the housewarming by Dhami and the new CM also performed puja at the Shiva temple located inside the property. Besides this, Dhami also spent some time feeding the cows and the calves kept at the CM’s Official Residence and sought their blessings. Cabinet Ministers Bansidhar Bhagat, Ganesh Joshi, Yateeshwaranand, Dhan Singh Rawat and MLAs Harbans Kapoor, Munna Singh Chauhan, Sahdev Pundeer and Khajan Das, and Mayor Sunil Uniyal Gama were among those present on the occasion.