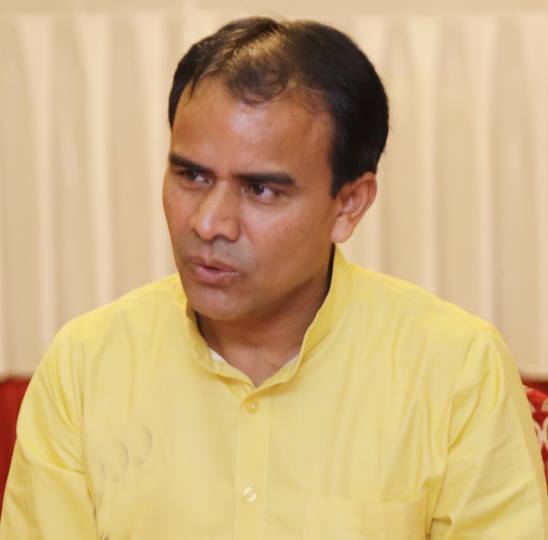 DEHRADUN, 1 Jun: A day after it was reported that Senior Cabinet Minister Satpal Maharaj had tested Corona positive and that several senior ministers including the CM would go into self-quarantine, social media was today abuzz with claims that Minister of State Dhan Singh Rawat could be given interim charge as chief minister as many senior ministers had also gone into self-quarantine after Maharaj had tested positive! However, Dhan Singh Rawat took cognisance of the viral buzz and had to clarify the position through official media channels as well as through his own social media accounts!
In a statement issued on Monday afternoon, he said that despite being in self-quarantine, Chief Minister Trivendra Singh Rawat was discharging his responsibilities and was available on phone and social platforms and remained in charge of affairs in the state! Dhan Singh Rawat claimed that some mischievous persons had deliberately spread this rumour about his taking over as interim CM and added that there was no truth behind such rumours which, he claimed, had been spread by anti-social elements!
The buzz went viral on Monday morning despite the fact that Dhan Singh Rawat is the junior-most minister in Trivendra Singh Rawat’s Council of Ministers and does not presently hold the status of even a Cabinet Minister! While Cabinet Minister Maharaj is admitted at AIIMS Rishikesh following a positive Corona test, Chief Minister Trivendra Singh Rawat and Cabinet Ministers like Madan Kaushik, Harak Singh Rawat, Subodh Uniyal have gone into self-quarantine. It may be recalled that Satpal Maharaj had attended a cabinet meeting on 29 May and this has led to a situation where all kinds of political speculation and rumours have stared floating on the social media. There is a feeling among the senior BJP leaders that Maharaj ought to have avoided the Cabinet Meeting as he was aware of the fact that some of his devotees had visited his house at Municipal Road and, as a result, his own residential property had been sealed.
On Saturday, his wife and former Minister Amrita Rawat, too, had tested positive. However on Sunday, not only Maharaj but most of his family members had tested positive including one of his two sons, both his daughters-in-law and 17 from among his personal staff.
As Maharaj had come into contact with his cabinet colleagues during the Cabinet Meeting, they have also come under the risk of catching the infection. Those who sat close to him during the meeting have been categorised as high risk persons and include the CM and other ministers.
In addition, Chief Secretary Utpal Kumar Singh, Additional Chief Secretaries and other senior officials were also present at the cabinet meeting. However, since the matter concerns senior politicians, the administration seems confused over the whole issue. Issuing a statement, Secretary, Health, Amit Singh Negi said that who would be quarantined and who not would have to be decided by the District Magistrate and he had not done so, as yet.
At the same time, Government Spokesman and senior cabinet minister Madan Kaushik too said that the administration had not taken a decision in this regard, thus far, but the CM and senior ministers had already home quarantined themselves.