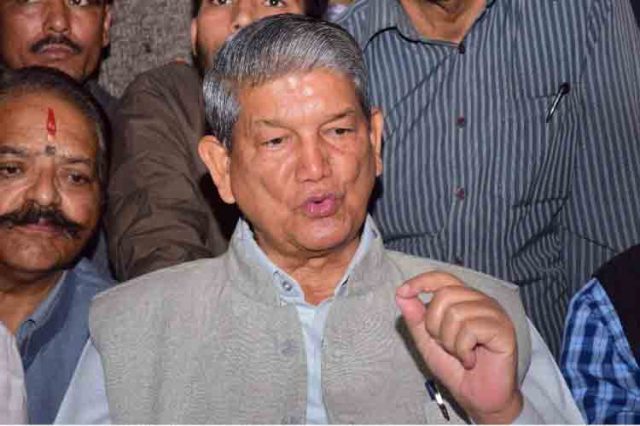 By Our Staff Reporter
Dehradun, 15 Mar: National General Secretary of Congress and former Chief Minister Harish Rawat apprehends that the BJP may go in for early assembly elections in Uttarakhand due to rapidly rising factionalism in the party. He has asserted this on social media. He added that change of face by the BJP in Uttarakhand was an admission on the part of its leadership that the party has failed miserably in expediting development in Uttarakhand. He said that BJP was guilty of bringing political instability to the state and it had no right to form the government.
Harish Rawat further said that BJP’s popularity in Uttarakhand had decreased tremendously and in order to stem further decline there are apprehensions that it could go in for early assembly elections in place of by-elections necessitated by change of its CM’s face in about six months from now. He claimed that factionalism was rising rapidly in the BJP; the threat of defeat in the by-elections is looming over the BJP. He further claimed that BJP could also choose not to hold the bypoll in Salt, which had fallen vacant due to the sudden demise of incumbent MLA Surendra Singh Jeena. Rawat further claimed that BJP had not chosen either Nishank or Ajay Bhatt as the chief minister out of fear of defeat. The BJP had lost popularity in the state before and after its leadership change. The state was moving towards an early general election, he declared.