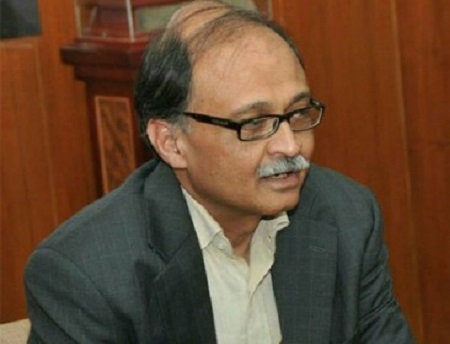 DEHRADUN, 21 Mar: Chief Secretary Utpal Kumar Singh today held a video conference with all the district magistrates across the state and the Chief Medical Officers of each district in respect of the Corona virus pandemic. Information was sought by him in respect of the tourists and others coming to the districts from outside the state at every entry point and the screening processes being adopted by the district administration of such persons. Singh directed the officials that all passengers or tourists coming from abroad or from other statesbe identified and information about them be kept updated so that the any adverse situation developing could be effectively controlled. The Chief Secretary gave instructions to follow up the people living in the home quarantine and said that all the district officers and chief medical officers ought to also take full care of the facilities, hygiene etc. available at the isolation and quarantine facilities so that the people identified and quarantined in these facilities did not face any undue inconvenience during their quarantine stay of 14 days. Singh further directed the district officials to beprepared according to the real time situation to avoid letting the situation getting out of control. He added that if the situation was allowed to worsen, then it would be quite difficult to combat the problem. All district officers and chief medical officers needed to be vigilant as per the actual developing situation. The Chief Secretary instructed all the district officials to take strict action against those spreading rumours about Corona virus infection through social media and other means so as to prevent the spread of misinformation or panic in public. Secretary HealthNiteshJha said that corona virus infection was a global pandemic and therefore there was a need to deal with it keeping in mind the far- reaching consequences of the problem. Jha directed the officials to be particularly vigilant in respect of all the persons with a history of foreign travel in past 14 days and screen them properly. He also directed the officials to get information in respect of all the retired para medical staff and retired army medical personnel and make a list of them so that their services could be utilised if any need emerged. Secretary Health directed the hospital authorities to conduct mock drills in respect of corona virus infection since due to the JanataCurfew, the number of actual patients could be low in the hospitals. The mock drill could be a good practice towards dealing with any possible medical emergency emerging in respect of Corona virus spread. Health Secretary (Officiating) Dr Pankaj Kumar Pandey, Mission Director, National Health Mission, Uttarakhand, Yugal Kishore Pant, Director General Dr AmitaUpreti, Officer-in- Charge IDSP DrPankaj Kumar Singh and other officers were present at the press conference. Meanwhile, in a medical bulletin issued by the state government today, it was informed that the total numbers of samples sent for testing today were 10, while the report of 16 samples was received today and fortunately all turned out to be negative. In Uttarakhand, a total of 767 persons were under observation while 737 persons were in the state of home quarantine as on today.