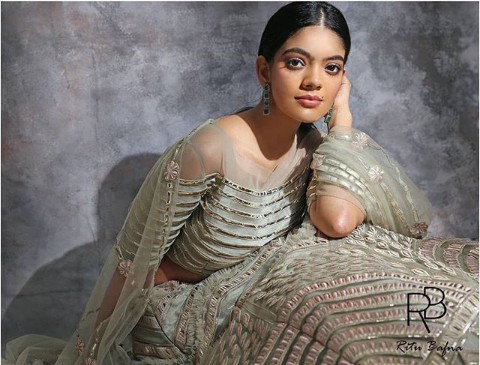 Dehradun, 13 Dec: Tejasvi Singh, a resident of Doon and an alumnus of Convent of Jesus and Mary, appears in the Rani Mukherjee starrer of Yash Raj Films, ‘Mardaani 2’. She is playing the role of the main rape victim, Latika, and has delivered the role aptly. She has been shooting for the movie since July 2019 in Mumbai and Kota. The movie is about a police officer, Shivani Shivaji Roy, who locks horns with the devil incarnate, a young and remorseless serial killer who is raping and murdering young women. It is directed by Gopi Purthan and was released today. On being asked how it was working in a Yash Raj Film, Tejasvi said, “It was an enriching experience in many ways. Working with the disciplined Rani ma’am and playing the role of Latika has taught me so much about film making and acting. There was a lot of emotional preparation required before the scene because it was a very sensitive role.” According to her, the movie shall give a very strong message especially pertaining to the recent scenario in India where violence against women is on the rise. “I wanted to be an actor since childhood and, now, seeing myself on the big screen is so overwhelming,” Singh said about her debut in Mardaani 2. Tejasvi is daughter of Sunita Singh who runs a rehabilitation centre in Doon for alcoholics.