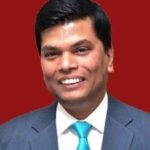 By Dr S GANGULI
The comparison between education imparted by privately managed schools and government run schools has been going on for over a century and will continue. Both have their own  pros and cons, though the aim continues to produce and  nurture future global leaders.
It is generally held that privately managed schools have an edge over government and government aided schools not only for better infrastructure, hygiene and accountability but imparting education in the English medium.
English medium education to their children is the dream of a large number of parents in India. Many of them are ready to spend a substantial part of their income to obtain quality education for their children in English medium schools.
The recent announcement of the Uttarakhand Government to  set up two English medium schools in every block of Uttarakhand is a welcome initiative to usher in sweeping reforms in school  education. If implemented in the right spirit, it would bring not only transformational changes in the education sector but the privately managed schools will have to battle the competition offered by government run and aided schools. It is a democratising step as it will level all educational inequalities over a period of time.
It needs to be recollected that Uttarakhand, in general and  Dehradun, in particular, boasts of  being a hub of quality   school education over many decades, irrespective of the school  status – privately managed or government sponsored,  Vernacular or English medium. Dehradun is rightly called the School Capital of India.
Dehradun has a long and glorious history of more than 160 years of launching the best educational institutions. It was in  1853, when American Presbyterian Mission Boys High School,  popularly known as AP Mission was started by Mr Woodside and  his assistant Gilbert McMaster. After a few years, the AP Mission Girls’ School was established. This was a good beginning, widely  acknowledged by civil society.
In 1901, Dehradun was blessed with the Convent of Jesus and Mary. Interestingly, when missionary schools were being established, it evoked concern among Hindus. Philanthropists like Jyoti Swaroop initiated schools like DAV. Within a short span,  the school was one of the most sought after in town for its  value based education.
Around the same time, Srimati Mahadevi, wife of the veteran  missionary, Jyoti Swaroop, took keen interest in education of  women folk. The result of this vision was Mahadevi Kanya Pathshala, established in 1904. Princess of Wales , Victoria Mary, placed on record, “It  has given me a great pleasure to visit  Kanya Pathshala.” Having set exemplary standards, a chain of  quality vernacular schools was established. Schools like Sadhu  Ram Inter College,Nari Shilp Mandir, Jain Kanya Pathshala, Hindu  National Intermediate  College, Gandhi Intermediate College and  Kendriya Vidyalaya (FRI) flourished and brought Dehradun  on the global map of quality education.  The beauty was, government and government aided schools rubbing shoulders  with elite privately managed schools, exhibiting healthy  competition. In fact, these schools gave tough competition to  the then English medium private schools, with some people  glorifying them as public schools.
Parents were more than happy to send their wards to the Hindi  medium schools despite parallel offering from private and  missionary schools like St Thomas’ College,St Joseph’s Academy, The Doon School, Cambrian Hall, etc. The same was true for girls. Girls from schools like Jesus and Mary and Welham Girls took admission in institutes like MKP Inter College and boys from The Doon School in DAV Inter College.
One of the strong reasons behind the high level of performance  of Hindi medium schools was the educational offerings from  some staunch supporters of vernacular schools like Sadhu Ram Mahindroo, who initiated the Oriental Anglo Vernacular schools in  1925.
When I talk of the recent past, having obtained education  locally, I feel an edge above many in terms of my own  growth and development over time. I owe it largely to my  faculty at DAV Inter and Post Graduate College. Our faculties were not only competent in English and Hindi but some of them  would make German, French and Persian  allusions while teaching.
However, over a period of time, these glorious institutes  lost  their sheen and the rat race towards so called Public  Schools ensued. For whatever reasons,the government and government aided schools ceased to attract students, and the mushrooming  English  medium  schools  flourished.
The recent announcement of government to open English  Medium schools in each block reminds me of the words of  Rajiv Gandhi , at the Golden Jubilee celebrations of The  Doon School in 1985 , when he said, “Let’s not pull down the standard of good schools…. instead, raise more such  schools which would improve the quality of education in  our country.” This is how the Jawahar Navodaya Vidyalayas  were born.
This  initiative of government is to be welcome. I am sure that government run schools will revive their past glory   and parents, once again would prefer government or  government aided schools for their children. The time and energy invested in private schools will be diverted to government schools for better growth. Those private  schools which survive the competition will sustain. Parents  will be freed from the complex exercise of choosing a  school, generally inspired by their social and cultural  aspirations. Mass migration to private schools will definitely  come to a halt, a parallel quality education hub will be created.
I pray and hope that the proposed initiative turns a new leaf in a  journey towards quality education.
(The author is Chief Education Officer, Aditya Birl Group, and manages 52 schools across 14 states of India.)