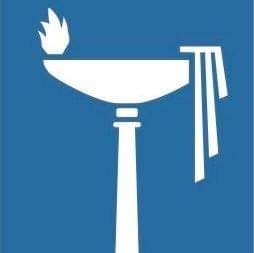 By Our Staff Reporter
Dehradun, 22 Oct: The Doon School is celebrating its 86th Founder’s Day on the 22nd and 23rd of October. The event is being streamed on the School’s social media platforms.
The streaming of events began with the inauguration of smart classrooms, cricket nets and gazebos in the morning. This was followed by the inauguration of exhibitions put up by the Math, Yoga, Art and Design and Technology Departments of the School. All the events were inaugurated by Headmaster Dr Jagpreet Singh.
The celebrations commenced with the Chandbagh Debates, in which the Silver Jubilee Batch (Class of 1996) – Sourangshu Dev, Sarabjit Singh Wallia and Rushad Nanavatty – debated against the School Debating Team – Kabir Vellayan Subbiah, Agam Bhatia and Hai Kabir Singh. The motion for the debate was – “This house believes that the Doon School’s all round education is irrelevant in today’s hyper-specialised world”.
The Class of 1996 won the debates with Rushad Nanavatty being declared the Best Debater and Sarabjit Wallia declared the Most Promising Debater.
The judges for the event were Old Boys Prem Shankar Jha (from batch of 1953), Abhinandan Sekri (from the batch of 1992) and Samarjit Singh (from the batch of 2016).
Given all the speakers and audience had connected remotely, the number of people who were able to witness the proceedings is expected to be significantly higher than most years.
The Founder’s Day speeches and Music programme will commence at 4 p.m. on 23 October from the Rosebowl – the iconic amphitheatre that was constructed by the students of The Doon School.
All Founder’s Day events can be watched on the School’s social media channels.