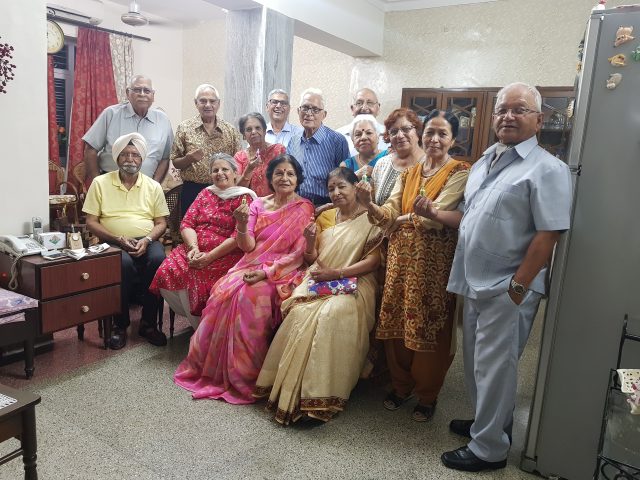 Dehradun, 1 May: A get-together was held at the Tegh Bahadur Road residence of Col KS Mann (Retd) on 30 April by Doon’s retired Sapper Officers and their families. It was not only to celebrate the 52nd marriage anniversary of Col KS Mann and Raminder Mann, but also to highlight the various major welfare issues taken care of by the present Union Government regarding welfare of defence services personnel and overall developments in national security after many decades. It was pointed out that the best foreign relations had been maintained with all other countries.
Col BM Thapa (Retd) Senior Vice President, DESL (Dehradun Ex-Services League) and Vice President of SNS (Sanyukt Nagrik Sangthan) expressed confidence that more welfare issues for the defence services would be taken care of by this government in the coming five years. Brig KG Behl (Retd), Patron, DESL, and President, SNS, declared that all ESM were very hopeful about implementation of promises made by Raksha Mantri Nirmala Sitharaman during her last visit to the Doon Valley about revision of OROP after every three years, permanent commission to lady officers in the Army, and solution to all other anomalies.
The evening concluded with an entertainment programme and cake-cutting. Those also present were Kamal Behl, Col RK Mehta-Anoop Mehta, Col RP Jairath – Sushma Jairath, Col SK Makin-Poonam Makin, Col BD Gambhir-Kusum Gambhir, and Col BM Thapa – Meera Thapa.