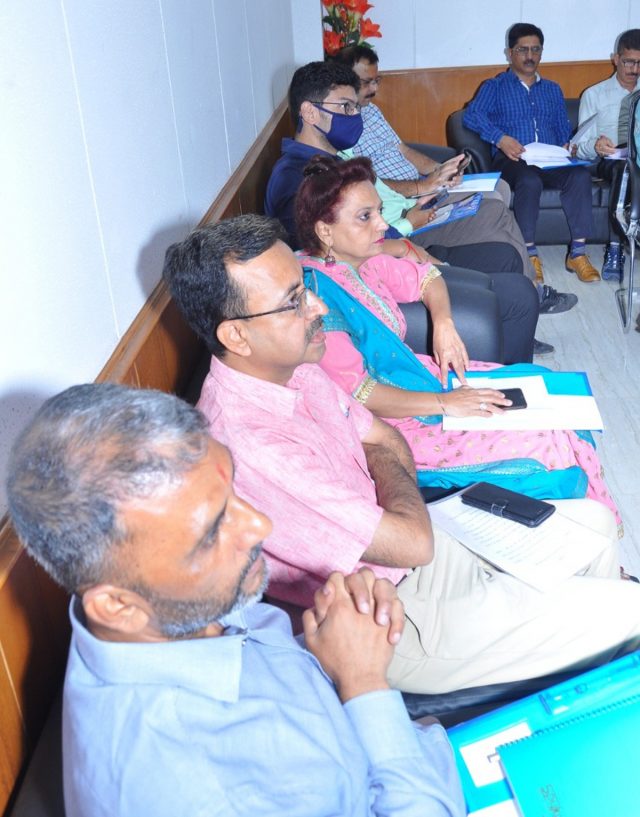 Dehradun, 12 Aug: A brief media interaction was held today at the Doordarshan Kendra, here, about the upcoming DD National series, ‘Swaraj’. The meeting was addressed by ADG, PIB, Vijay Kumar, DDG, Prasar Bharti, Manoj Gupta, and Head of Programme Taranjit Kaur. A short promo for the series was also screened for the journalists. 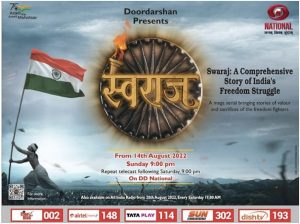 ‘Swaraj- Bharat Ke Swatantrata Sangram Ki Samagra Gatha’ is a 75-episode mega show illustrating the glorious history of India’s freedom struggle from the 15th century onwards when Vasco-De-Gama landed in India. This serial will showcase several aspects of Indian history featuring the lives and sacrifices of lesser-known heroes of the freedom struggle.

A team of leading historians has researched the serial being presented in a docu-drama format well. The popular film actor, Manoj Joshi, plays a stellar role as the narrator of the serial. The serial has grand production quality and promises to be a visual treat.

The serial was launched on 5 August at a function held at Akashwani Bhavan by the Union Minister of Home & Cooperation, Amit Shah, in the presence of Union Minister of Information & Broadcasting Anurag Singh Thakur and Union Minister of State for Information & Broadcasting Dr L Murugan. It will be on air on 14 August in Hindi on DD National and, subsequently, in regional languages (Tamil, Telugu, Kannada, Malayalam, Marathi, Gujarati, Bengali, Odia, Assamese) for telecast on the regional network of Doordarshan. It is also being dubbed in English. Every fresh episode of Swaraj will be aired from 9 to 10 p.m. on Sunday on DD National and it will be repeated on Tuesday, Thursday, Saturday and Sunday. Its audio version will be broadcast on the All India Radio network from 11 a.m. on Saturdays.

The idea behind the serial is to reproduce an audio-visual history of India’s search for ‘Swaraj’. The repertoire of photographs, films, oral histories, personal memoirs, autobiographies, biographies and multi-lingual regional literature remains mostly unexplored and largely absent from the public consciousness. Audio-visual representations of such issues, icons, events, and organisations will be produced in this larger comprehensive framework of ‘search for Swaraj’ and presented to the public in the form of 75 episode series of top-notch quality production. An onscreen historical narrative framed in the larger discourse of search and establishment of ‘Swaraj’ in India will help the national and international audiences understand the country’s spirit with a fresh and new perspective and give their due to the lesser known heroes as they deserve.

Along with Swaraj, Doordarshan is launching four other serials. These include “Jai Bharati”, “Corporate Sarpanch” and “Yeh Dil Mange More”. Another serial “Suron Ka Eklavya” has high entertainment value as a reality music show and pays tribute to Bappi Lahiri. A show focusing on startups is also coming up on DD News and DD National. “Startup Champions 2.0” showcases the journey and success of 46 national award-winning startups. The new serials will go a long way in revamping DD National, the lead channel of Doordarshan. In the follow-up, Doordarshan is planning to revamp its regional channels by introducing new programmes and news shows with meaningful discussions on current topics.