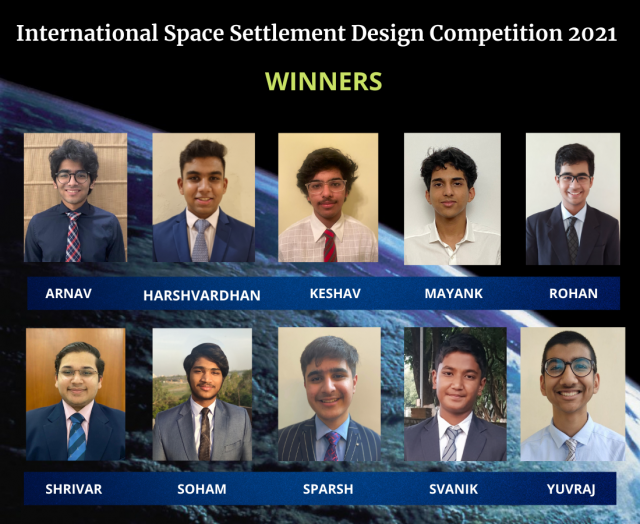 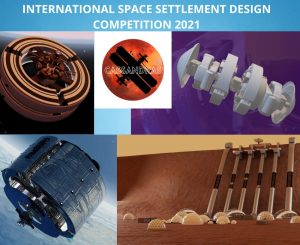 The Space Settlement Design Competition (also known as SSDC) is a worldwide inter-school competition that concerns its participants with proposing a model for a human settlement in space accomplishing a certain criterion. It puts one in the shoes of the aerospace industry engineers to discuss and design a futuristic space city. Doscos have been participating in the same for over 4 years with this year being especially successful for them. This year, the team passed three intense qualifying rounds, winning the final international qualifiers to make it for the first time to the finals.
In the finals, The Doon School was clubbed together with teams from USA, UK, Africa, Australia, Uruguay and Palestine to form the “Vulture Aviation” company, with Mayank Agrawal as the ‘Director of Structural Design’, Arnav Pratap Chaudhary as ‘Director of Automation and Services’, Yuvraj Sarda as ‘Director of Human Factors’ and Svanik Garg serving as ‘Systems Engineer’ for the company. They worked day and night from 31 July to 2 August to finalise the design and present a proposal to a panel of experienced judges who have worked in and are working in the aerospace industry. Over the course of the year, they have designed 6 space settlements – three iterations of ‘Cassandras’, a luxury spaceliner to enable transportation between Earth and Mars; ‘Astoria’, an asteroid mining settlement in the asteroid belt; a Mars research facility; and ‘Bradburyom’, a settlement to primarily serve as a research and deployment base to terraform Mars for which they were adjudged the Winner of International Space Settlement Design Competition! Additionally, they collaborated with teams from 9 different countries, and consistently established themselves as one of the top 5 teams in all qualifiers, setting the school for success in the years to come as well!