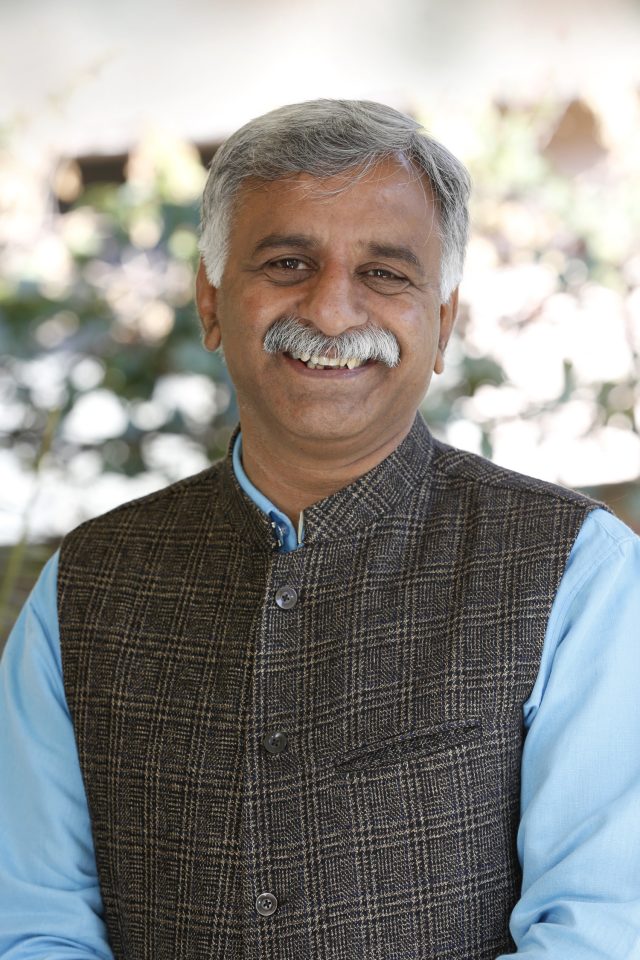 By OUR STAFF REPORTER
DEHRADUN, 1 Mar: Dr Brij Mohan Sharma, Secretary, Society of Pollution and Environmental Conservation Scientists (SPECS), has been bestowed the coveted National Award for Outstanding work in Science and Technology Communication Through Innovations and Traditional Methods. Principal Scientific Adviser, Govt of India, Padma Shri awardee Prof K Vijay Raghaavan and Prof Ashutosh Sharma, Secretary, Department of Science and Technology, presented the award to Dr Sharma at the Jawaharlal Nehru University Convention Hall, New Delhi, on the occasion of National Science Day for his outstanding contribution to science though his innovations. Dr Sharma has touched upon the lives of the common people by taking up issues that affect their day to day living.
Starting from a water testing campaign to food adulteration testing to furthering the cause of popularisation of science among the masses, and even undertaking a garbage management campaign, SPECS has come a long way.
An ardent environmentalist and scientist to the core, Dr Brij Mohan Sharma way back in 1994 initiated a scientific study to monitor SPM in the ambient air of the Doon Valley, which was aimed at studying the rising levels of air and water pollution in this ecologically fragile area. The results of the study greatly helped in raising long lasting awareness on the air pollution issue in the Doon Valley.
With the aim of ensuring clean potable water for all, SPECS also started its water testing campaign in the state capital, Dehradun, in 2000, which was adequately encouraged by the first Chief Minister of the state, Nityanand Swami. The campaign is still continuing and publishes a report every year on water quality, which holds much significance for the residents of Dehradun. The campaign involves extensive collection of water samples followed by their testing in the lab.
Dr Sharma also took up a food adulteration testing campaign in 2005. This one of a kind campaign in 2005 commenced on the Char Dham route in the state and, since then, this is a regular exercise on the yatra routes during the season. The campaign has helped people understand the level of food adulteration.
‘SPECS’ has also been a pioneer in the field of Science popularisation and Science Communication in the state of Uttarakhand, and even before that, since 1994. Apart from working in Uttarakhand, SPECS has its presence in other states of the country, too. Communicating science through an approach where activities dealing with day to day lives are performed and the science lying behind it is explained in a simplistic and understandable ways has been its forte.
One of biggest milestones for SPECS came when it succeeded in making solar efficient low cost LED lights. It developed the process of making solar efficient low cost LED lights and, also, train people in energy conservation in a scientific way.
Significantly, in the aftermath of the infamous 2013 Kedarnath disaster, SPECS came up with the idea of connecting people to the road. The idea was to install Zipline ropeways to carry people and goods for their daily livelihoods. Very light and technically secure and safe ropeways were installed in these disaster prone areas. SPECS equipped and trained the communities in the S&T of these ropeways so that they could maintain and install them afterwards.
Dr Sharma has been instrumental in saturating 327 villages of Uttarakhand with 7 watt LED bulbs, saving electricity amounting to 302 lakh electric units per year and 21245 MT GHGe. In this campaign, each bulb was assembled by local dropout student, villagers, inmates of jails and especially abled persons. Now, he is opening LED bulb repairing centres in these villages for minimising E-Waste and generating employment at their door-step. This campaign is for climate change mitigation and environment conservation along with employment generation and energy saving.
This is not the first feather in the cap of Dr Sharma, who has a long list of awards and recognitions. He was accorded the National Award on Outstanding Work in Science and Technology Communication-2013 by Department of Science and Technology, Government of India. He also bagged the prestigious Governor’s Innovation Awards-2018. Further, he has been the recipient of the Uttarakhand State Energy Conservation Award consecutively for three years – 2009, 2010 and 2018. Twice, he bagged the Uttarakhand State Innovation Award from the Uttarakhand State Council for Science and Technology-2010 and 2011. The Uttarakhand State Environmental Conservation award-2004 and an Award on Hydroponics by Uttarakhand Horticulture Department in 2000, TOI Icon Award 2019, UN Appreciation and Alumani Fund Award of US Embassy are some of his prominent accolades. He also has twelve books to his credit.