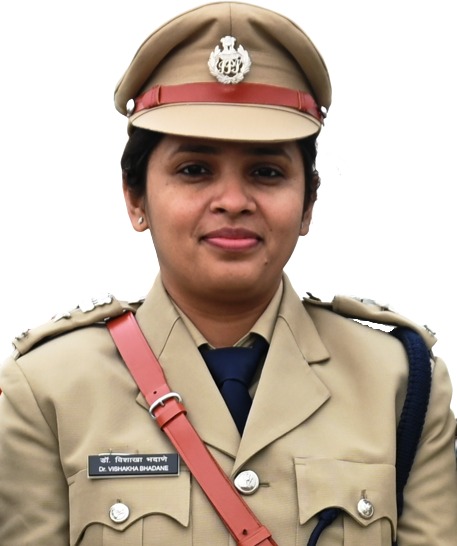 DEHRADUN, 12 Aug: Dr Visakha Ashok Bhadane, an IPS officer, will be awarded the ‘Medal for Excellence in Investigation Award’ from the Ministry of Home Affairs, Government of India. She had led the investigation, while Assistant Superintendent of Police, into the case of rape and brutal murder of a minor girl and ensuring a death sentence to the accused.

The case is related to December 2020 when Dr Vishakha Ashok Bhadane was posted as ASP in Haridwar as a new IPS officer.

A girl was raped and murdered on 20 December, 2020. The investigation was led by Bhadane and the main accused Ramtirth was arrested soon after the crime and sent to jail after the girl was found missing from the second floor of the house of the accused. Left with no option when confronted with the evidence collected by the Police, the main accused confessed to the crime and informed the police during the interrogation that he, along with another accused, Rajiv, had raped the minor girl and killed her after the rape. He kept the body hidden on the second floor of his house. The body was also recovered during the course of investigation led by Bhadane.

Once the body was recovered, the post mortem was done by the doctors from the district hospital and various samples were collected and sent to the forensic laboratory for testing.

The post-mortem of the deceased was done by a panel of doctors in the district hospital and various samples were collected and sent to the forensic science laboratory. On 26 December, Gambhir Chand alias Gaurav, who was the brother of the second accused Rajiv, was also arrested under section 212 in Bhaadvi for helping Rajiv flee. Bhadane led a team to Sultanpur in UP and managed to arrest Rajiv Kumar on 28 December. After medical examination of the second accused, his samples were collected and sent to FSL for examination.

On the basis of the evidence collected by Dr Bhadane, and the witnesses presented in the court, the Special Judge of the Court in District Haridwar awarded the accused Ramtirth a death sentence under Sections 63/366A/376(A)(B)/377/302/201 of IPC and POCSO Act, while the second accused Rajiv Kumar was sentenced to 5 years imprisonment and fined for concealment of evidence.

The Union Ministry of Home Affairs has announced the award of “Union Home Minister’s Medal for Excellence in Investigation” to Dr Visakha Ashok Bhadane for her excellent efforts in investigation of the case. Ashok Kumar, Director General of Police, Uttarakhand has congratulated her on this achievement.

Garhwal Post has established itself as a credible, balanced and forward looking newspaper in India. Based in Uttarakhand, the daily is read by the aware, socially and culturally responsible, high-income elite of society.
Contact us: info@garhwalpost.in
women seeking men chicago worst dating sites