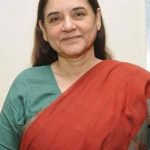 I must have pointed out a hundred problems in eating chicken. The latest is something that has the poultry industry really worried. They have labelled the problem Wooden Breast Syndrome or Chewy Chicken. A rising number of breast fillets are laced with hard fibres. In one study, a consumer panel described the affected meat as “tough,” “gummy”, “chewy”, “rubbery” and “doesn’t feel right in the mouth”.

When you ate your chicken, was its meat hard and chewy – and did you blame the cook for undercooking it? There is nothing the cook can do any more. The problem lies in the environment that the chicken has been raised in. The farming technique, the dietary routine, and the commercial-scale production of poultry, have severely affected the quality of the meat produced.

The cause of hard and chewy chicken meat, University of Delaware’s College of Agriculture and Natural Resources researchers, publishing their work in the journal Scientific Reports, have discovered is that fluctuations in lipoprotein lipase, an enzyme crucial for fat metabolism, is causing wooden breast syndrome in broiler chickens. The condition is now in lakhs of chickens grown in industrial poultries. The poultry industry is not worried about the pain it gives the chicken – only that it is making them unmarketable.

Broiler chickens, which are bred forcibly for slaughter, have developed gene irregularities, and this disease is characterised by abnormal fat accumulation in the breast muscle tissue. This condition causes chicken breast meat to be hard to the touch and often pale in colour, with poor quality texture.

The short term solution is to kill the birds that develop this condition, but that will bring the losses even higher. The second solution is to find even more medicines, which will “manage” the problem in already stressed birds that are confined in small cages and kept alive through antibiotics and antifungals.

In research published in the journal Genes, scientists reported finding similarities between wooden breast syndrome in chickens and diabetic complications in humans, specifically diabetic cardiomyopathy – a disease that changes the molecules of the heart muscle. Scientists of the poultry industry are suggesting anti-diabetic medicines to allow the chickens to live till they are sold. Which means that you will get one more medicine in your artificially fast grown, factory farmed broiler chickens. And if you don’t have diabetes, who knows what the traces of these medicines in your chicken will do to your body.

Lipoprotein lipase is a “gatekeeper” that determines how much fat is allowed inside a given tissue. When the gatekeeping enzyme is affected genetically, through years and years of genetic abuse on so many generations of chickens, more abnormal fat accumulates in the chicken’s breast muscles and in endothelial muscles. The first stage of the condition involves inflammation of the veins in the breast tissue, and accumulation of fat around the affected veins. Over time, this is followed by muscle cell death and replacement by fibrous and fatty tissue. This problem does not exist in chickens in the wild, or grown slowly in natural conditions, but develops very quickly in young chickens grown in poultries.

Bigger, faster grown chickens have a million problems. If you tried to make a two year old human child grow to six feet and get wrestler’s muscles and breasts, that human body would also collapse with stress. The poultry industry has been creating chickens that are now three times as large as they were in the 1920s. Then, the average chicken weighed 2.5 pounds. Chickens today weigh an average of 6-10 pounds, according to the National Chicken Council. Broiler chickens now yield breast fillets that are heavier than an entire bird was a few decades ago. Imagine your heart weighing more than your whole body.

Breeding for bigger, faster-growing chickens is probably tied to the emergence of wooden breast, says food scientist Massimiliano Petracci of Italy’s University of Bologna. “It’s not the final weight so much as it is how fast the bird gets there,” said Sacit F Bilgili, a professor emeritus of poultry science at Auburn University, who studies such muscle abnormalities. In 1930, it took 50 days for a broiler to gain one pound. Now it takes 7.7 days to gain one pound. In 1965, a 3.5 pound bird took 63 days to get to market. In 2015, average birds weighed 6.2 pounds in 48 days, according to Agri Stats Inc. Many companies are now growing chickens to 10 pounds or larger.

Just as diabetes doesn’t show its symptoms, wooden breast, which is more common in heavier chickens, is difficult to detect in live animals, showing up after birds have been killed and deboned.

The equivalent in human beings is this: Lipoprotein lipase deficiency disrupts the normal breakdown of fats in the body, resulting in an increase of certain kinds of fats. This leads to very high triglycerides, which in turn causes stomach pain and deposits of fat under the skin, and which can lead to problems with the pancreas and liver, which in turn can lead to diabetes.

The first symptom of this condition is usually abdominal pain, which can vary from mild to severe due to inflammation of the pancreas. Affected individuals may also have an enlarged liver and spleen. The higher the levels of fat in the body, the larger the liver and spleen become. Approximately half of individuals develop small yellow deposits of fat under the skin, called eruptive xanthomas. When fat levels get very high, fats can accumulate in blood vessels in the tissue that lines the back of the eye. Increased fat levels can also cause neurological features, such as depression, memory loss, and mild dementia.

Poultry processing industries have now employed people to test breast meat. If it is chewy, it is sold and ground for keema and chicken sausages. So, you get the same disease in these processed products as well.
Eating Wooden Chicken is not just a matter of having a bad meal. Could the meat exacerbate the problem in people with liver problems, diabetes and atherosclerosis (fatty deposits in the arteries)? Is Wooden Breast syndrome simply another name for Chicken Diabetes?