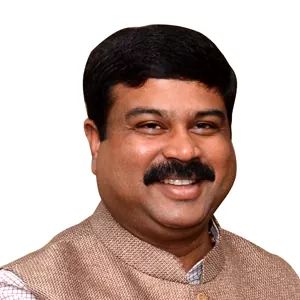 By Our Staff Reporter
Dehradun, 20 Nov: Union Cabinet Minister Dharmendra Pradhan inaugurated the three day literature festival, ‘Valley of Words’, in online mode, today. His inaugural address was regarding how India dealt with the current Corona pandemic. The address was titled, “From Strength to Strength: Transcending the Pandemic”. Conceding that the Corona pandemic had affected the economic growth of the country besides affecting other things, he added, however, that the Indian economy was rapidly recovering from the pandemic effect. He noted that consumption of petroleum and power had returned to almost the pre-Covid levels, which was a strong indication of strong recovery under the able leadership of Prime Minister Narendra Modi. India had dealt with the pandemic in a much better way than the majority of the countries. He added that the automobile sector was again booming and the services sector, too, was showing good growth once again and the GST collections were now returning to pre-Covid levels. He claimed that several stimulus packages announced by the Narendra Modi Government had played a significant role in the faster recovery of the country’s economy.
While there were many challenges ahead, the silver lining was that the pandemic had rekindled deeper interest in newer technology which could be seen through a growing number of digital libraries and online literature festivals. Another silver lining was India’s greater focus on growing its manufacturing and ‘vocal for local’ campaigns. Accepting that tourism was amongst the worst affected sectors, the motto of “Dekho Apna Desh” would boost domestic tourism and revive the sector. India was moving towards self-reliance in many new sectors now. He appreciated the Valley of Words Literature & Art Festival and especially its sessions planned on the Himalayan Ecology, and participation of authors such as Ruskin Bond. He expressed the hope that the entire team of Valley of Words would once again ensure a very successful hosting of the literature festival which was scaling new heights with every edition, with a new passion and promoting excellence and critical discussion on various books and topics.

Garhwal Post has established itself as a credible, balanced and forward looking newspaper in India. Based in Uttarakhand, the daily is read by the aware, socially and culturally responsible, high-income elite of society.
Contact us: info@garhwalpost.in
https://garhwalpost.in/women-seeking-men-chicago/ ladies searching for serious relationship casual hookups sites