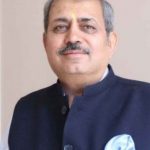 Earlier, I wrote about how weak leadership ceded very strategic territories to enemy countries, resulting in a big loss to the country in all spheres, stalling progress and the eradication of poverty due to draining of resources on maintaining peace in Jammu and Kashmir and hostile borders with China and Pakistan.

How, due to loss of the tri-junction of Gilgit and Baltistan, India lost direct access to Afghanistan and CIS countries and Europe.

I write now about Tibet, Baluchistan and Northwest Frontier Province.

Tibet, the roof of the earth, has been always a peace loving and responsible neighbouring country for India.
The history of Tibet is duly recorded since 127 BCE during the rule of the Yarlung Dynasty. These Yarlung kings extended their control and united all Tibetan Tribes and when Namri Songtsen (570-629 CE), the 32nd king of Yarlung Dynasty, gained control over all areas which is now known as Lhasa and conquered Zhangzhung, the formation of the Tibetan Empire was complete.

Tibet was ruled by many rulers and was referred to as Tubo by Chinese scholars and government. Tibet was never in contact with the outer world and first contact is recorded when King Namri Lonstan sent an ambassador to China in the early 7th Century.

Buddhism was introduced in Tibet by Songtsen Gampo and Tibet kings give religion great priority.
Tibet faced fragmentation from the 9th to 12th century CE and Mongol invasions in mid-13th century to mid-14th century. Tibet was ruled by many Tibetan Dynasties till 17th century and the Dalai Lama’s rule came into existence in the 17th century. The fifth Dalai Lama, Sonam Rapten constructed the Potala Palace in Lhasa and it became the seat of power in Tibet.

In the late 17th century, there was dispute between Tibet and Bhutan and Ladakh sided with Bhutan. This resulted in invasion of Ladakh by Tibet but Kashmir helped to restore Ladakhi Rule.

This invasion made Tibet weak and Qing Dynasty captured Tibet and ruled thru their emissary known as Abans, but Qing rulers always respected the Dalai Lama’s authority.

The Anglo Tibetan Treaty of 1904 and the rebellion of 1912 weakened the Qing dynasty’s hold over Tibet and they left Tibet. Tibet was free from Chinese control and was enjoying independence till 1949. In 1949, Chinese communist forces captured Tibet. The Indian leadership did nothing to stop this plunder of a friendly neighbouring country.

History very clearly shows that Tibet was always an independent Nation which China always wanted to grab and Ladakh was never part of Tibet. It was due to lack of vision within the Indian Leadership that China was able to annex Tibet. Now, India, instead of a friendly Tibet has a scheming China as neighbour.

The 1962 war and loss of Aksai Chin and other areas to China could have been avoided if the invasion of Tibet by China had been stopped by India in 1949.
Next, about Baluchistan and North West Frontier Province.