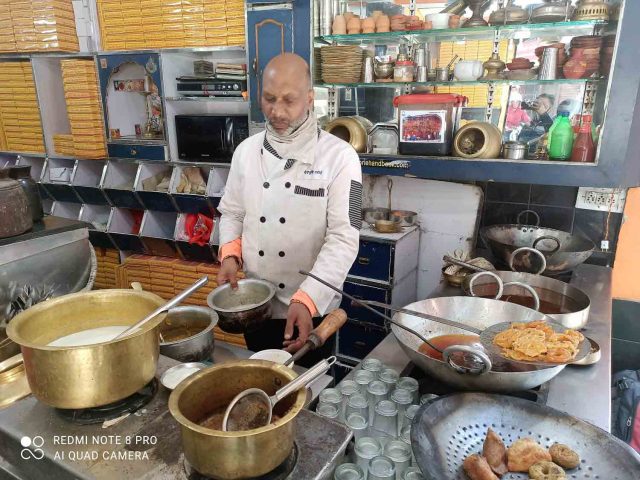 By OUR STAFF REPORTER
Mussoorie, 9 Nov: The cuisine of Uttarakhand is much liked in India, whether it is Jhagore Kheer, Mandue ke Roti, Sesame Sauce and other traditional food. Uttarakhandi food is considered extremely beneficial not only in India but also in foreign countries.
Mandwa, Jhangora, Kala Bhat, Gahth, Sesame, etc., are finding a market according to Pankaj Aggarwal of Mussoorie, who says that the hill grain is very beneficial for health. Mandwa is very effective in preventing diabetes and increases immunity. Jhangora relieves stomach related diseases. Kala Bhat has a rich amount of protein. Gahth is very beneficial in preventing kidney stones.
Attempts have been made from time to time by the Uttarakhand Government to link hill dishes with employment. Through the Uttarakhand Food Festival, the delicacies made from products supplied by mountain growers are being served to tourists, Indian and foreign, so that employment is provided to the people of the hills.
Pankaj Agarwal at Landour Bazaar has started a Garh Bhoj at which Uttarakhandi cuisine is being served to the locals and tourists. He recalled that former Chief Minister Harish Rawat did a lot work to promote hill cuisine and tried to add it to the menu of small and big hotels of the state. He added that the present Trivendra Singh Rawat government was also constantly working on this, but much more needed to be done. It was necessary to give a fair price for produce of the hills.