It was a big setback to the social sector of Uttarakhand and India when the eminent social worker, Cyril R Raphael, died yesterday in Anjanisain, Tehri Garhwal. For the last 6 months, he chose to live at the Sri Bhuvneshwari Mahila Ashram (SBMA), from where he had started his social journey in the decade of the seventies. He took his last breath in this soil. 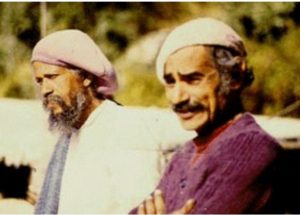 Born in Allahabad, the hotbed of India’s Independence Movement at the outbreak of World War II, Cyril was the 7th son of a 7th son – his father Dr Stephen Charles, and mother Beryl Rose – a sensitive poetess and pianist. 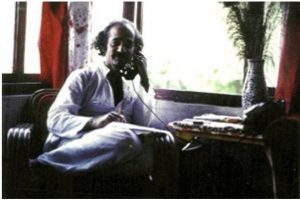 Growing up and going to school in a new, Independent India, fired-up Cyril – as it did so many young people at the time – with all sorts of thoughts and desires of service to the nation.

Anglo-Indian communities were leaving India in droves with the misplaced notion of a better future for the children in England.

It was a horrific day for him when a few weeks before giving his Senior Cambridge school-leaving exams, he got passport papers to sign.

A myriad dreams and fantasies that had been shared with his 22 classmates for years were going up in flames. Every idea for not going to the UK the young Cyril placed before his elders were firmly rejected, and it was not much later that he found himself standing on the deck of a P&O liner that was slowly slipping out to sea. He watched till he could no longer see the “Gateway of India”.

The wrenching agony of the experience was relieved to a great extent when Cyril discovered the entire Indian Cricket team was also on board travelling to England to play a Test series. It was almost magical for a young cricket fanatic to spend two weeks with so many of his heroes! It was to be the first of several experiences that showed him that great opportunity is buried somewhere in every deep crisis.

Management studies in London and running youth clubs for the “Teddy Boys” of the time and a job with BOAC (now British Air) gave wings to childhood ambitions to see the world. Forty-eight countries later and vast experience in “planning”, Cyril grew tired of the British weather, and in the mid-sixties, he moved to Canada and its vast open spaces. He did not tire of being called a “Flower – Child Hippy” and experienced the magical, creative and hopeful energy that characterised the sixties and seventies.

In Canada and the USA, life drew him towards the electronic media, as also towards the Tourism industry and periodic stints in alternative living on a commune he established in Southern British Columbia called “Akasha”.

Through it all Cyril kept coming back regularly to India and 1976 found him in his native Allahabad at a Maha Kumbh Mela (Festival) that comes around every 12 years. This one was considered particularly auspicious as 7 planets were in a straight line in the heavens! After the deeply moving and spiritual experiences, stumbling on and meeting larger than life people and moving about for days amongst millions of people, he knew that he had come home.

Six months later, after quietly liquidating most of his assets in Canada and tying neat bows in many relationships with immediate family and friends, he packed his life into two suitcases and returned to India never to go back west again.

Literally, within a week of being in India, he chanced on Swamy Manmathan, an itinerant social reformer, who was about to start the Sri Bhuvneshwari Mahila Ashram. And the story begins. He was living in Mussoorie and was making a short film on the story of his loving friend and a famous writer Ruskin Bond. He had produced, directed and acted in the film titled ‘Big Business’. Soon after meeting Swami Manmathan, he shifted to Anjanisain, a small village then, and started helping to grow SBMA. He became instrumental in starting a number of developmental projects for the mountain villages. In the nineties, the founder of SBMA, Dr Swami Manmathan was assassinated and he became Chief Functionary and Secretary of the organisation. Under his leadership, SBMA achieved greater heights and became the largest development organisation across the Himalayan region of India and the rest is the stuff of legend.

(The writer is a Freelance Journalist, Radio & Television Presenter and a Documentary Filmmaker)

Garhwal Post has established itself as a credible, balanced and forward looking newspaper in India. Based in Uttarakhand, the daily is read by the aware, socially and culturally responsible, high-income elite of society.
Contact us: info@garhwalpost.in
dating in daytona beach single ladie changing due date in third trimester