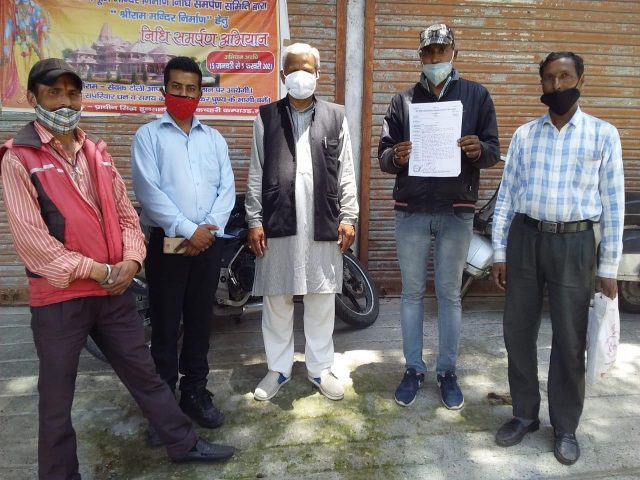 By Our Staff Reporter
Mussoorie, 4 Jun: ‘Dev Bhoomi Uttarakhand Safai Karamchari Association’, Mussoorie, has sent a memorandum to the Chief Minister demanding the release of incentive funds to all ‘environment friends’ of the state.
Krishna Godiyal, Mussoorie President of the Association, said that, during the Corona period, environment friends served the country and the public by working in the front line while cleaning public areas to break the chain of Corona. The Sangh has demanded that the government make incentive payments to them in entire Uttarakhand. Godiyal said that all environment friends are doing cleanliness and sanitation work in every city, village, mohalla, etc., to end the corona epidemic with full devotion. The government and administration should give respect to them by appreciating their work. Assurances have been given continuously but incentives had not been paid. The Union is demanding payment of Rs 11,000 to each sanitation worker in Uttarakhand. The Sangh expressed confidence that the Chief Minister, Tirath Singh Rawat, would fulfill their demands soon.
Present on this occasion were Secretary of the committee Anil Singh, Treasurer Arvind Sonkar, Billu Balmiki, Jagdish, Rajiv, Mala, Shubham, etc.