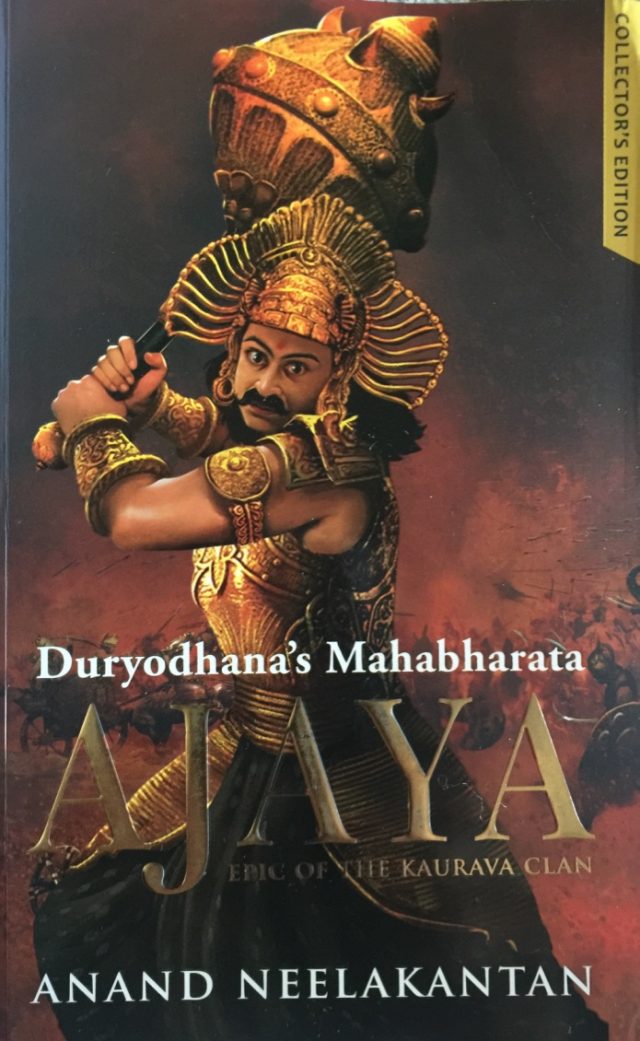 Right at the beginning, from the very first line, the author’s takes the reader gently by the hand some three thousand miles away from the northern plains of Gangetic India in the to the coast of palm-fringed Kerala. He is part of a crowd of over a lakh people at the Mahanada Temple in the village of Poruvazhy. Of course there is nothing unusual about this. However, what is different is that they are worshipping Duryodhana – that much reviled blue-blooded prince of Indian mythology. When I sit down, book in hand hoping for a good read, a howling wind rattles the windowpanes, in this first outcrop in the foothills of the Himalaya. On a pale winter’s morning, icy fingers of lightning rent the sky and as the thunder rolls, a streak cleaves a deodar tree in two. Peals of thunder applaud this sacrilege. Momentarily, northwards, a flash of illuminates the serrated ridges of Jaunsar-Bawar in Uttarakhand. Far away, in the sheltered valleys of the Himalaya, I travel back in time, to find a much younger version of myself walking along a silvery stream spun into the Yamuna, even as it burst through the constraining chasms on its long journey to the the confluence with the Ganga in Allahabad. True that not so silent flows the dark sister – the Yamuna. Up here in these mountains, there is a temple dedicated to the Kauravas. Of that early journey from another time, another day, memories are the only survivors. I remember a rickety old bus rattling along a moonscape road littered with potholes, nonetheless slithering like a snake in the autumnal downpour. A co-passenger chats to the driver: ‘How do you take the bus so fast around these hairpin bends?” ‘I close my eyes every time!’ Jokes the driver. Close your eyes and open them. In this magical part of the world, where the Mahabharata is a living epic; where village deities are carried in processions, in winter, from one isolated village to another, from one home to the other as part of re-enactment of the epic. Locally it’s called the Kaurav Leela. In it you find that Ajaya or Duryodhanan, the anti-hero of the epic is a deity. In this re-telling of the old tale, one is aware that it is always the winners who get to write history. What about the losers? Who will tell their tale? At the end of the introduction, Anand Neelakantan admits: ‘I am a seeker; my stories are more about questions than answers. I claim neither the intellect nor the scholarship to make a critical analysis of the Gita.’ It is more about the niggling doubts in a child’s mind that bubble to the surface as a grandsire tells him a tale. Perhaps it is this openness, this critical thinking that make Hinduism unique. There is no blasphemy in an openness of debate and discussion that have made this living religion evolve, surmount and thrive thousands of years of foreign rule, constantly adapting and reforming as the times demanded. Debate is but a tossing of the intellectual dice that must not seek to offend. For at the day’s end, every coin has two sides. In the once-upon-a-time days, at the core of India’s most powerful empire, change was in the air, a revolution was brewing. Jaya’s story is that of the Pandavas told from the perspective of the victors of Kurushetras; Ajaya is the narrative of the Kauravas, who were wiped out to the last man standing. In the war that looms on the horizon, every single rule will be broken. Kin will destroy kin, as both sides shall stretch the rules beyond breaking point and use any ploy to win. Even the Gods will take sides and men’s destinies shall lead on to a shattering denouement. What emerges from the last battle of Kuruskshetra, is the greatest truth: when the war is done and dusted, there are no victors. The only winner is the story (longer than the Illiad and Odyssey combined). And r the more you polish the kernel of this rare gem, the more facets emerge.

Garhwal Post has established itself as a credible, balanced and forward looking newspaper in India. Based in Uttarakhand, the daily is read by the aware, socially and culturally responsible, high-income elite of society.
Contact us: info@garhwalpost.in
hinge relationship https://garhwalpost.in/mixxer-dating-app/