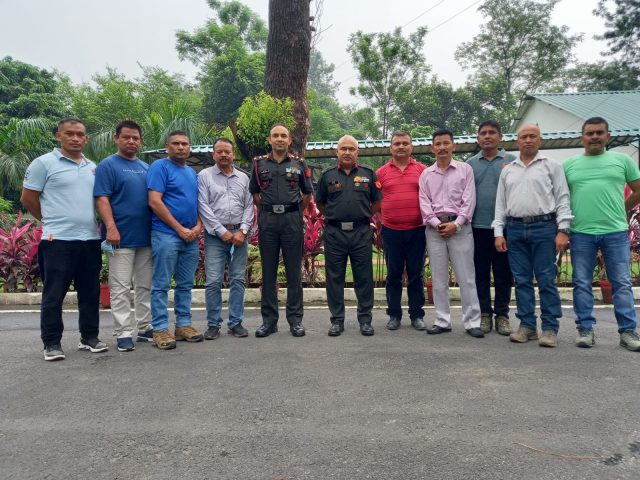 Dehradun, 25 Aug: Representatives of Ex- Servicemen who were helped by Major General Sanjeev Khatri, General Officer Commanding, Uttarakhand Sub Area, in their safe return from Afganistan, called on him today to thank him for his efforts.
The GoC welcomed the Ex-Servicemen returnees from Afghanistan at Headquarters, Uttarakhand Sub Area, and expressed gratitude to the Chief Minister, Pushkar Singh Dhami, President of the Gorkha Brigade, Additional Directorate General, International Cooperation, to whom he had forwarded the list of 108 stranded Indians, mostly Ex-Servicemen from Gorkha Regiments hailing from Uttarakhand. These officials, in turn, took prompt action with MEA/NSA ensure the safe return.
All the Ex-Servicemen expressed their gratitude. Major General Sanjeev Khatri extended best wishes for their prosperous future and promised assistance for their resettlement back into society.
Also present was Colonel Sameer Sharma, Colonel, General Staff.