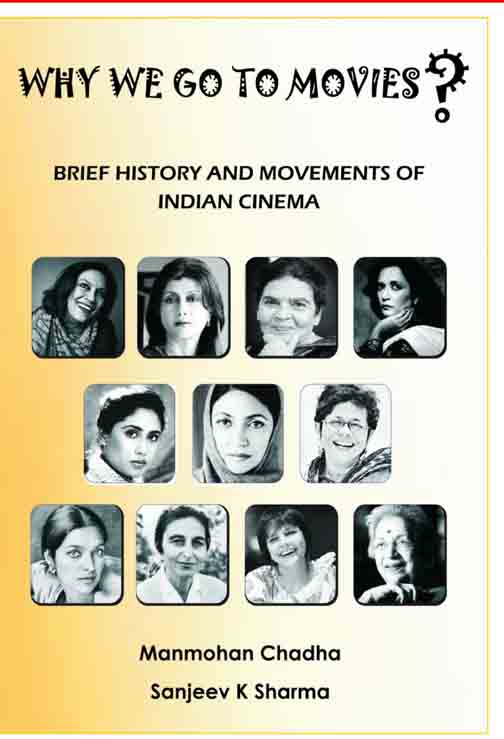 Dehradun, 21 Aug: In the present era, when social media, private channels and various other platforms are overloaded with movies, yet everyone searches for relevant cinema.
“Why We Go to Movies?” written by national award winning film critic and historian Manmohan Chadha, and novelist and film analyst Sanjeev K Sharma, the book explores the journey of Indian cinema from first Hindi talkie film Raja Harishchandra made by the Father of Indian Cinema, Dadasaheb Phalke. The book explores the ties that bind the diverse cultures and people of India. It also emphasises the integral relationship between literature and films.
It delves into traditions and kinds of cinema – Parallel, Experimental, Alternative, Documentary and Poetic Cinema. It is a historical, informative, useful and analytical document.
This book also shows the path to the young generation that film making is becoming easier day by day.
Women along with men have done wonders in writing, acting and film making. This book provides an insight into the voyage of these chroniclers, like Mira Nair, Jhumpa Lahiri, Sooni Taraporewala, Ruth Parvez Jhabwala, Smita Patil, Deepti Naval, Shabana Azmi and others, who created significant cinema with ‘Artistic Truth’.
Ravindranath Tagore, Satyajit Ray, Mrinal Sen, Adoor Gopalakrishnan, Amol Palekar, and many more chapters covering constructive film Criticism, Documentaries and their relevance, Film and Television Institute of India, and New Wave Cinema, including Regional Cinema in various languages makes the book more interesting, and useful.
The book reveals the shrinking standards of commercial Hindi cinema, which is a matter of concern as films influence the masses, where the inner majesty and magnificence are conspicuous by their absence.
The book is beneficial for all, especially for those who wish to pursue a career in films, literature, mass communications and documentaries, etc.
It also reveals that the more deeply we get attached to our roots and realities, the more impressively we are able to express and deliver.
The book is available on online portals and local book stores.