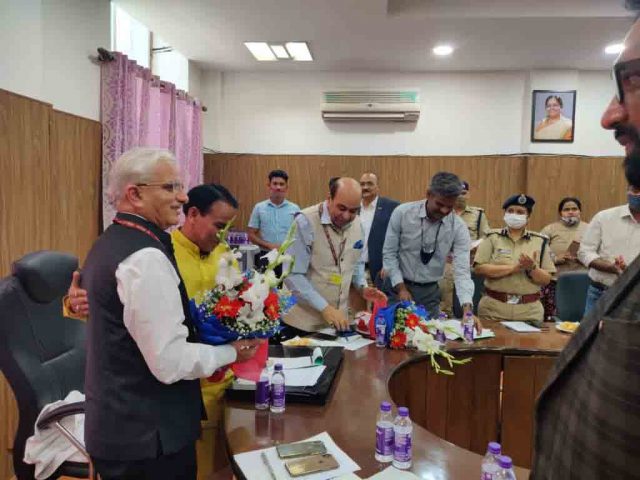 Dehradun, 24 Mar: Flash floods in the Himalayan region generally occur during the monsoon period, but the devastating flash flood of 7 February, 2021, in the catchment of Dhauliganga River occurred during the winter season when the discharge of the glacier fed rivers is minimal. As many as 204 persons were killed in this incident that caused massive loss of farm animals, agricultural land, property and infrastructure. With 6 bridges washed away, surface connectivity of 13 villages was disrupted, while two hydropower projects located in close proximity at Rishiganga (13.2 MW) and Tapoban (520 MW) were devastated. In addition to this, a lake has come into existence in the course of the Rishiganga valley that is attributed to the debris brought down by Rauthi Gadhera.
With researchers not still unanimous over the cause of the incident, NDMA has set up two high level expert committees with the mandate to investigate upstream areas to establish the causes of the disaster and, second, to study the downstream areas to assess the impact of flash floods and come up with a strategy to avert repetition of similar incidents.
Before proceeding for the fieldwork, a meeting of the expert committee was organised at Bijapur Guest House here, today, under the Chairmanship of Minister of State, Disaster Management, Dr Dhan Singh Rawat. Also present a the meeting were Lt Gen Ata Hasnain, Member, NDMA, and Rajendra Singh Member, NDMA, Secretary, Disaster Management, SA Murugesan and officers of NIH, GSI, NRSA, IIT-R, DRDO, WIHG, CWC, THDC, UCADA, NDMA, ITBP, SDRF, BRO, NIDM, IMD, NTPC and Kashmir University.
Members of the NDMA briefed those present on the objectives of the two expert committees. The team leader of the first team made a presentation on the methodology to be adopted for establishing the causes of the disaster while that of the second team described the course of action to be adopted.
Minister Rawat highlighted the disaster vulnerability of the Himalayan region and stressed on the need for striking a balance between development initiatives, disaster safety and welfare of the masses. Reflecting upon the fact that the barrier formed in the Rishiganga River is wide and has a gentle slope, he stressed upon the need to evaluate the threat posed by it. He revealed that the state is soon going to open a dedicated Disaster Management Research Institute and make efforts on training and capacity building of the masses.