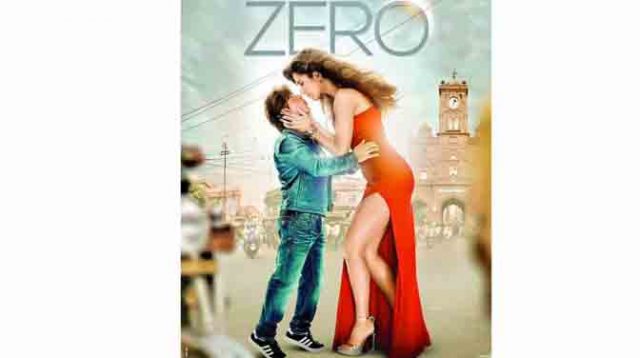 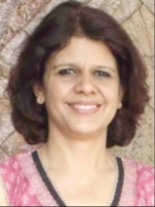 Zero, directed by Anand L Rai, is the story of a self–assured 38 year old short-statured man, Bauua, who encounters two famously tall personalities, both women, in his unbelievable journey from Meerut to Mars. He sneaks into the core zone of these two celebrities with utmost confidence and a robust complex rarely seen in a person of his make. Bauua remains quite comfortable in his own skin, nowhere being affected by society which may carry a rigid view about a vertically challenged being like him. Maybe he does have a hidden inner dejection that he tries to compensate with a strange bouncy in his behaviour that has emerged due to this crucial deformity in his personality and the treatment meted out to him by his father. It’s a risky space that King Khan has chosen to put himself in but he nails it with his acting and supporting VFX. It is a sweet-wicked role played by Shah Rukh Khan, as Bauua, a small bundle of mischief, unruliness and disobedience.
Zero has three significant characters, Bauua Singh (Shah Rukh Khan), a film star Babita (Katrina Kaif) and a world class space scientist suffering from cerebral palsy, Afiya ( Anushka Sharma), with all three fighting their own imperfections and flaws.
Bauua is naughty and wicked. Shahrukh’s tenacity has allowed him to excel in this role. Bauua knows when to behave appropriate to his size or age. He wears confidence up his sleeves. His temperament is jovial with a strong seasoning of rudeness. The profound supply of currency in his hand and his luxurious expenditure is astonishingly unbelievable. He stays in Meerut with an arrogant father and a practical mother but his choice and fit of clothes is classy. His unconditional supporter and friend, Zeeshan Ayyub, who suffers from night blindness, complements the noisy and boisterous Bauua in all his romantic and bride-finding endeavours. Bauua is self-possessed. He is in love with Babita for years and yearns for her. His confident-bone and conviction proves the fact that dreams and efforts if merged together can bear results irrespective of the situation, physical attributes, or status. What makes Bauua a different person who may be hated for few mistakes but overall loved for several rib-tickling moments in the film, is the way in which writer Himanshu Sharma has authored Bauua’s part as someone who conveniently slides into our hearts by catering to the needs of the ears of our conscience. Self-pity is not his forte, his affable chatter-boxing mingled with mild cunningness stays with him all the time. He calls his father as Ashok. Even during scolding sessions, his mouth never stops uttering prickly statements. He blames him for producing a vertically challenged person. It was good to see Tigmanshu Dhulia as Bauua’s frustrated father, a part played well. SRK shines marvellously with his sharp-tongued humour, basks on the Meerut accent and dances to Shashi Kapoor’s number to impress a woman. His romance with Afiya is perceptibly a mismatch but proven as if made in heaven; one a tenth pass and the other a top scientist but the bonding clicks because of the disadvantages they both carry, ruling out the cognitive (in)compatibility. She being on a wheel chair and his standing posture making him fall in the perfect line of her sight; makes them made for each other!
Zero exploits many formulas to make it entertaining. The dance number comprising Remo, Ganesh, Salman Khan, and Shah Rukh Khan aroused mountainous expectations but it failed to build up into a general purpose bomb. A party scene that had congregation of top heroines like the late Sridevi, Deepika, Kareena, Kajol, Rani Mukherjee, and Alia sparkled meagrely, much like a soaked bomb. This directionless story has shades of many filmy formulae used in the past like running away from marriage, the blues and hues of life, the realisation phase, the perception of society towards the specially-abled persons, etc. It sardonically talks about Muslims not getting visas for US, fair-skinned girls not needing any makeup, things a person on a wheel chair can’t do, scornful remarks for those not “tall enough”, etc. but nowhere have the weaknesses in the protagonists been treated with pity or sympathy.
Shahrukh Khan is brilliant as a ‘chotta pataka’; his wit, humour, dialogues, dance, attitude: all pleasingly intact. He nails the role with his swagger, funny mischievousness, typical face gestures and stamped actions.
Katrina as Babita, a heart broken but highly successful actress, delivers one of the best performances in Zero and has some impressive lines. The agony and pain she endures due to betrayal in love is clearly visible in her consistently kohl-smudged and angst-filled eyes.
Anushka Sharma’s part is tough to play owing to maintaining the consistency needed of a person with cerebral palsy. Despite her wriggling, shaking body, drooped lips, she looks ravishing and delivers a point blank shot.
Zero is about our weaknesses. It’s about filling the faulty lines with weird overtures, finding perfection in imperfection, challenging preconceived notions concerning physical attributes, exploring our uniqueness, portraying our personality as a reflection of our experiences in life and much more. A film that has been handled by a highly talented cast and crew with cameo performances by super stars of Bollywood beauties and dance maestros, it sails high in the first half. But the incoherent writing, confused plot, funny climax in its two and a half hour plus running ruins the second half. How and when the Zero’s steam engine, that departed from Meerut, bursting with energy left its entertainment track and took off for Mars, is beyond comprehension. The space ship of Zero disappeared in the sky leaving no place for rumination.
I go with two and a half stars.