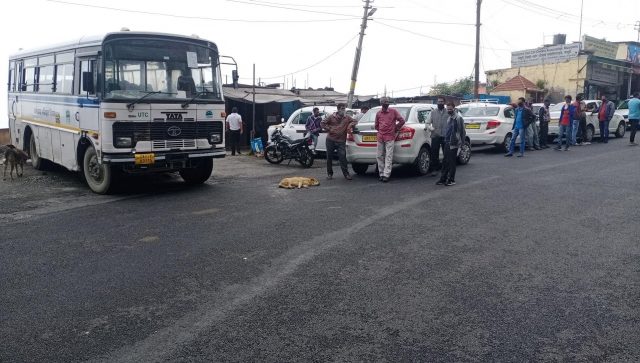 MUSSOORIE, 25 Jun: Roadways buses started operating from today in Uttarakhand with limited number of passengers and increased fares. On the first day, very few passengers were seen in the buses in Mussoorie. Due to lack of passengers in the buses, the buses could not be run on time, and the passengers had to wait for a long time. According to the guidelines, all buses will run with 50 percent passenger capacity and increased fare will be collected from passengers.
Instructions have also been issued to the concerned depot managements to take all precaution in view of corona infection. Under this, 2 passengers will be seated on a 3-seater seat, and one passenger will be seated in two-seater seat. There will be thermal screening and sanitisation of passengers before boarding the buses.
Bus conductor Sanjay Singh said that the new guidelines were being followed strictly. He said that the number of passengers on the first day was very small, because of which the passengers coming to Mussoorie had to face some delay.
Passenger Murti Ram Kukreti said that the government had increased the fares of buses, which had upset the people as they do not have work and are facing shortage of money. He demanded that the increased fares be withdrawn with immediate effect so that people could get some relief.