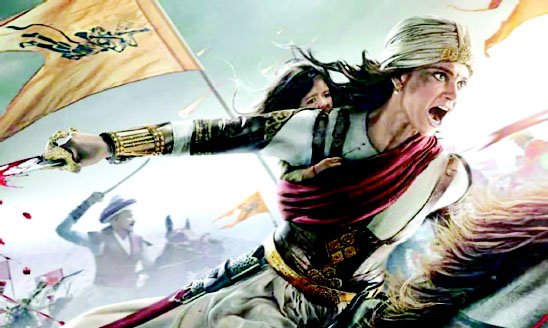 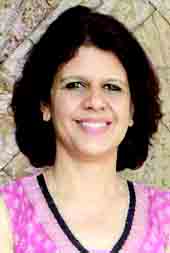 Directed by Kangana Ranaut and Radha Krishna Jagarlamudi, Manikarnika brings alive the grandeur of Rani Laxmibai. The visual imagery of a warrior woman riding a horse, sword in one hand, armour in the other and a child tied to her back, is formed in our mind on the very mention of Rani of Jhansi; indicating the charisma of this legend, who lived, fought and died for the freedom of the nation. Her unforgettable contribution and the hair-raising battles she fought is what is highlighted in the film.
When most rajas and princes were backing the wrong horse by consciously obeying the commands of East India Company, the patriotic rebel in Lakshmibai refused to bow down. She built a wave against British Raj by mobilising the citizens including women. It was a time when strength of the limbs was as important as the mental sharpness. To be a woman amidst conflicting circumstances, she did what is beyond the ambit of many -Manikarnika boldly highlights this sentiment.
Kangana had a huge task in hand to portray Lakshmibai, a tall legendary figure but she hits a home run with her remarkable performance. Her unfazed energy is apparently visible matching with the firebrand intentions required onscreen. We are enlightened with the fact that Rani Lakshmibai was a prolific reader with good command over the English language. She confronts a British officer giving him a piece of mind about the language. She was beyond the social stigmas attached with women existing at that time, refusing to follow the rituals followed by a widow, instead she took the reins of Jhansi soon after her husband’s demise to revolt against the British – inspiring women to be part of the struggle-fight. Kangana does it all with tenacity.
Manikarnika is Kangana’s movie. She doesn’t just share the director’s credit but is present in all the frames giving little scope to Danny Denzongpa, Atul Kulkarni, Suresh Oberoi, Zeeshan Ayyub to show their skills. With the command of the titular role and action in her hand, she proves that she knows her job well and doesn’t need a patriarchal help to run the show. The very first introduction to Manikarnika, restores the faith that the movie if not very close to the finest nuances of Bahubali and Padmavat, is at least not lagging behind in presenting a fine experience. The exotic sets, stunning fortresses, amazing battle field sequences, exquisite sarees and jewellery; all are a spectacular treat. The action scenes performed in the film, especially by women, are spirit-charging with Ankita Lokhande making her Bollywood debut in a crucial role.
Manikarnika faintly explores the inner life of the queen but does draw a strong sketch of her valiant deeds. It claims to have taken cinematic liberties, but where, that is difficult to pin-point. It focusses on her martial qualities taking help of VFX effects wherever necessary. It underlines Lakshmibai’s clever political strategies, her grasp to feel the nerve of the masses and her love for animals. She is shown as carefree lass who loved horse riding, archery and swordsmanship. The seed of patriotism is sown in her from early days. The easy-going atmosphere she receives at Jhansi after being married to Maharaja Gangadhar Rao, a role performed brilliantly by Jisshu Sengupta in this period drama, is presented in sweet manner.
The first introduction of Manikarnika aiming at the tiger with a bow and a single arrow will win hearts. She rides on a horse, her long paloo and hair flowing breezily behind her, it’s a complete visual delight. Kangana infuses life into the role that demanded a staunch figure, patriotic fervour, valour in limbs, assertiveness in dialogues and love for country. It is apparently visible how much hard work has been pumped in to lend finesse to each frame; the kind of excellence found in Bhansali’s films.
To talk about the weaknesses in Manikarnika: in the cinematographic pursuit to attain perfection, the emotions seem compromised at various instances. The dialogues could have been more decorative and the characters explored a bit more. The art of storytelling ends up being closer to the caricatured personalities from a comic book at places. It doesn’t mean that there are no relishing chops. Various phases of Lakshmibai’s life like the unfazed gallantry, the anger for the formidable British officers, the hard core patriotism, the helpless circumstances, the command of a leader, the softness of a woman, the mourning of a mother at the death of her four months old child, taking over the reins of the kingdom; all impassioned emotions make up for the flaws.
Kangana emotes the spirit and valour of Rani Laksmi Bai brilliantly and it reaches the pinnacle at the climax. She makes every woman stand tall with pride on this Republic day by helping us revisit the glorious life of the brave rani who once walked on this soil. Prasoon Joshi’s lyrics and Shankar-Ehsaan Loy’s music support well.
In the end, during her death, Kangana’s expressions are par excellence. She embraces death as a lover embraces the beloved, fully contended with her sacrifice and achievement. The defining lines from the poem by Subhadhra Kumari Chauhan, ‘khub ladi mardaani woh toh Jhansi waali rani thi’ resonate in our ears as we step out. “She was the bravest and best military leader of the rebels. A man among mutineers,” wrote Sir Hugh Rose, the best officer sent to seize Jhansi. The fire she kindled in the hearts of many blazed profusely till the freedom was achieved. With its simple but convincing presentation, Manikarnika bagged standing ovation from several sitting in the hall. Was the lauding for the brave-heart Rani Lakshmi Bai or for the ‘Queen’ of Bollywood? I guess it was for both.
With this well-acted, intensely shot and action-filled epic film, Kangana openly challenges the patriarchal bigwigs of Bollywood.
I go with three stars. 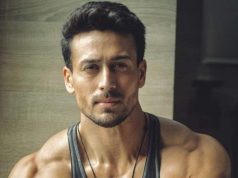 Tiger Shroff has a message for social media trolls 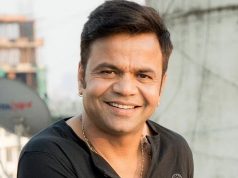 Rajpal Yadav reveals what he does to avoid getting typecast 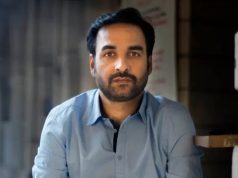 Pankaj Tripathi on being called uncrowned ‘king’ of OTT