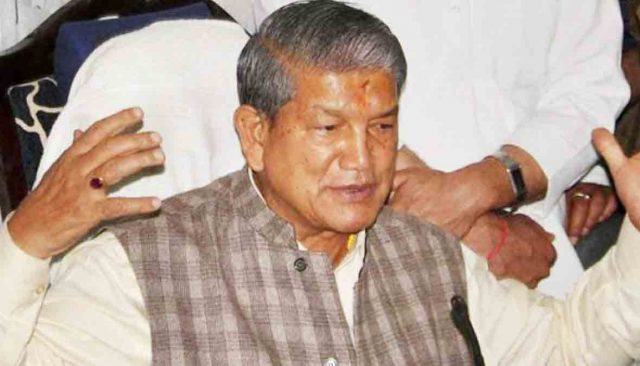 By Our Staff Reporter
Dehradun, 18 Oct: An FIR was today filed against former CM Harish Rawat and other senior Congress leaders, including party MLAs Furqan Ahmed and Mamata Rakesh, for violation of guidelines issued on the Corona pandemic under the relevant provisions of the Disaster Management Act.
Rawat had sat on dharna this morning at SIDCUL, Haridwar, along with his supporters to protest against exploitation of workers by the industrial units there and against rising unemployment.
According to Haridwar Police, the Congress leaders did not comply with the Corona guidelines during the protest, such as maintaining physical distancing and wearing of masks, etc. Rawat was leading a dharna against the SIDCUL Management for ignoring the large scale lay off of workers by the industrial units during the past months. Over 250 party workers are stated to have participated in the dharna. Not only this, the Police also registered a case under the Arms Act against NSUI district President Sumit Chaudhary for allegedly waving his weapons around during the agitation. This was confirmed by SHO SIDCUL Lakhpat Butola.