New Delhi, 11 July (IANS): An FIR has been lodged against controversial BJP MLA Pranav Singh Champion seen brandishing guns and abusing people of Uttarakhand in a video which went viral on social media.
The video, which has agitated many in Uttarakhand, has angered the BJP leadership in New Delhi. Sources said BJP President and Union Home Minister Amit Shah has instructed Uttarakhand party chief, Ajay Bhatt, to initiate action against Champion, who, according to sources, could be expelled from the BJP. At present, Champion has been placed under suspension by the party.
Talking to IANS, complainant of the FIR, a local Dehradun resident and journalist Gajendra Rawat said that Champion had hurt the sentiments of the people. “Hurling choicest abuses (sic) against people of Uttarakhand has shocked us. Being an MLA, Champion should have control over his tongue. He crossed all limits of decency when he recorded his acts (of brandishing guns and hurling abuses) on video and later got it circulated,” said Rawat who lodged an FIR against the BJP MLA at the Nehru Colony police station in Dehradun.
In fact, Champion has earlier been in the news for the wrong reasons. He is known for using foul language and misbehaving with people. Even in the Vidhan Sabha and Secretariat, the staff fears him as he, on several occasions, has intimidated subordinates.
A former Cabinet Minister and fourth time MLA of Uttarakhand, Champion comes from an erstwhile royal family of Gujjar kings in Uttarakhand. The 53-year-old MLA, who has added ‘Champion’ to his name as a mark of being an arm wrestler, later apologised for using foul language.
Champion told mediapersons, “I am sorry for using foul language but you should understand that such things do happen when one is drunk.” In a tweet, Champion said that ‘party is like mother, and mother would forgive me’. 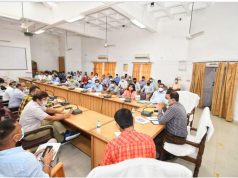 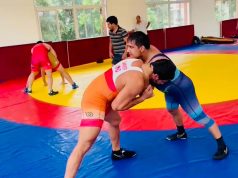 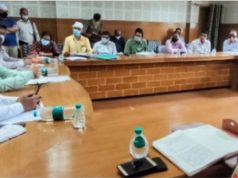