By Our Staff Reporter
Mussoorie, 14 Apr: A fire suddenly broke out today in the forests of Nata Estate in the Lal Tibba area of Mussoorie Cantonment and took a formidable form. This resulted in panic among the people. At the same time, the locals made efforts to control the fire, but due to strong winds the fire remained fierce and continued to spread.
People alleged that information about the fire was given to the fire service but it did not respond in time. Mussoorie Forest Department DFO Kahaksha Naseem said that the fire service and forest department teams were sent to the spot as soon as the fire was reported. She said that the fire had been set in the forest by some mischievous elements and it would be investigated. She appealed to the people not to set fire to the forests as it caused huge loss to the forest wealth and wild animals. She said that the identity of those who reveal the names of the miscreants would be kept confidential and they would be given monetary rewards of Rs 10,000 by the district administration. 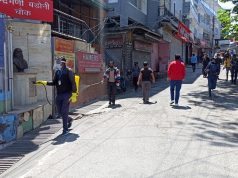 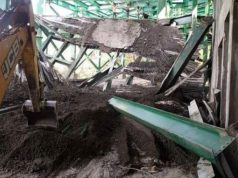