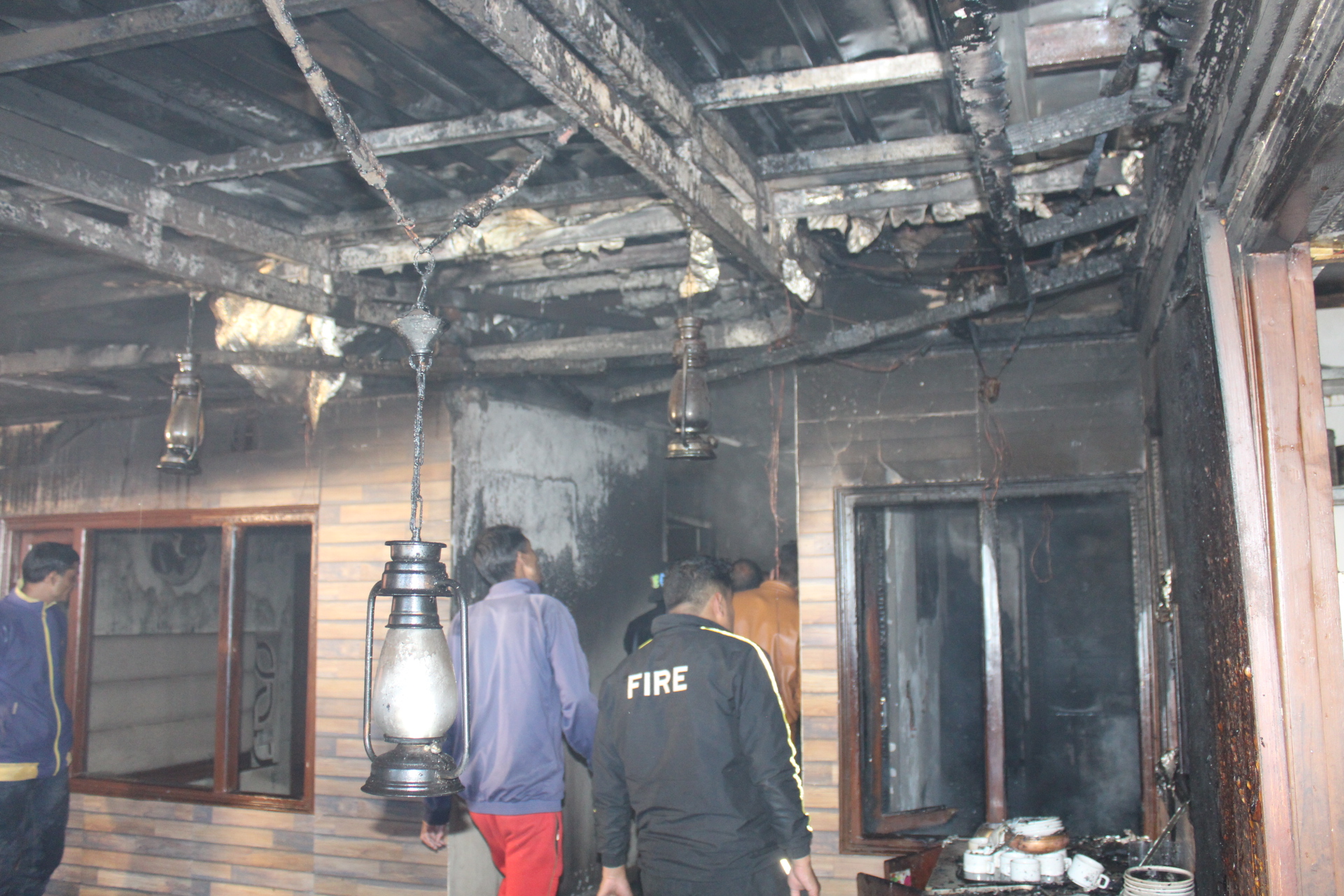 By OUR STAFF REPORTER
Mussoorie, 25 Nov: A massive fire broke out here in London House Hotel, Landour, on Sunday afternoon, destroying goods worth lakhs of rupees. However, no loss of life was reported. Though the exact cause of the incident is yet to be ascertained, fire department officials said it seemed a short circuit could have possibly triggered the fire.
Mussoorie Police In-charge Bhawna Kainthola said, “Based on an alert, we rushed three fire tenders to put out the flames. Our team managed to douse the blaze within two hours.” She said the locals also helped in putting out the fire.
According to her, the fire broke out in the room of Gagandeep Singh s/o Kuldeep Singh near the main kitchen of the hotel and it immediately spread towards other rooms.
Mussoorie Municipal Council President Anuj Gupta expressed grief and assured that he would soon talk to the district administration to establish a centralised set up at the fire station. Congress leader Manmohan Singh Mall and BJP leader OP Uniyal said that due to congestion on the Mall Road, the fire tenders took some time to reach the site. They wanted two fire tenders to be deployed at the under construction parking in the Municipal Council so that immediate action could be taken on fire incidents in the area.