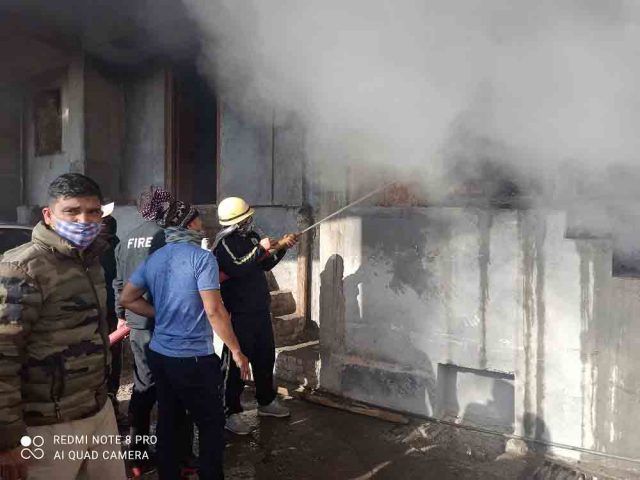 By Our Staff Reporter
Mussoorie, 6 Dec: The Fortune oil warehouse on the first floor of Sanatan Dharma Mandir near the Clock Tower, here, caught fire today. People reported the incident to the police. The Mussoorie police and fire service reached the spot and, with the help of two fire tenders, the personnel managed to control the fire after nearly three hours.
Local people said that, around 8 a.m., today, a short circuit seems to have caused a fire in the warehouse, where goods worth lakhs of rupees were stored. Mussoorie Police SI Suraj Kandari said that due to the fact that edible oil was stored in the warehouse, the police and fire service personnel had to struggle a lot to overcome the fire. He said that the cause of the fire has not yet been ascertained. The incident is being investigated and the damage done by the fire is being assessed.