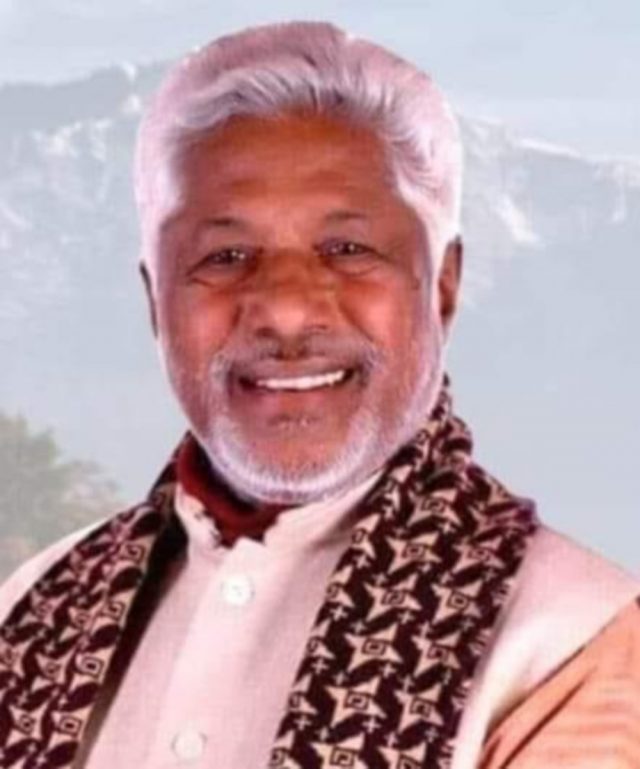 By OUR STAFF REPORTER
DEHRADUN, 13 Jun: One of the leading folk singers and lyricists of Uttarakhand, Heera Singh Rana passed away in the wee hours of Saturday morning at his Delhi residence, following a heart attack. Rana was presently living in Delhi and had even been appointed as first President of Garhwali-Kumaoni-Jaunsari Academy by Delhi Government. His death has been condoled by Governor Baby Rani Maurya, Chief Minister TS Rawat and Assembly Speaker, Prem Chand Aggarwal amongst others.
Rana was born on 16 September 1942 in village Dadholi of district Almora, and was a leading name in Kumaoni folk music. In February 2020, the Union Government had also appointed him advisor, Sangeet Natak Academy. Rana is survived by wife Vimla and son Himanshu. His mortal remains were cremated at Nigam Bodh Ghat in New Delhi without the attendance of large number of friends due to Corona pandemic restrictions.
CM Trivendra Singh Rawat expressed deep condolences on the demise of Heera Singh Rana, a great folk singer, folk poet and folk musician of Uttarakhand. The Chief Minister prayed to God to give peace to the departed soul and give the family the strength to bear this grief. The Chief Minister said that the demise of Heera Singh Rana has caused irreparable damage to the world of folk music. Uttarakhand Vidhan Sabha Speaker, Premchand Agrawal has also expressed deep condolences on the demise of famous folk singer  Heera Singh Rana. The Speaker expressed his condolences to his family and well-wishers, praying for the peace of the virtuous soul.
BJP State President, Bansi Dhar Bhagat expressed deep condolences on the demise of Heera Singh Rana. In his condolence message, Bhagat said that Heera Singh Rana was among the prominent folk poets and folk singers of Uttarakhand who gave special recognition to folk music. He wrote and sang from the bottom of his heart.
Senior Congress leaders including former CM Harish Rawat, Indira Hridayesh and PCC Chief Pritam Singh too condoled the death of Rana.