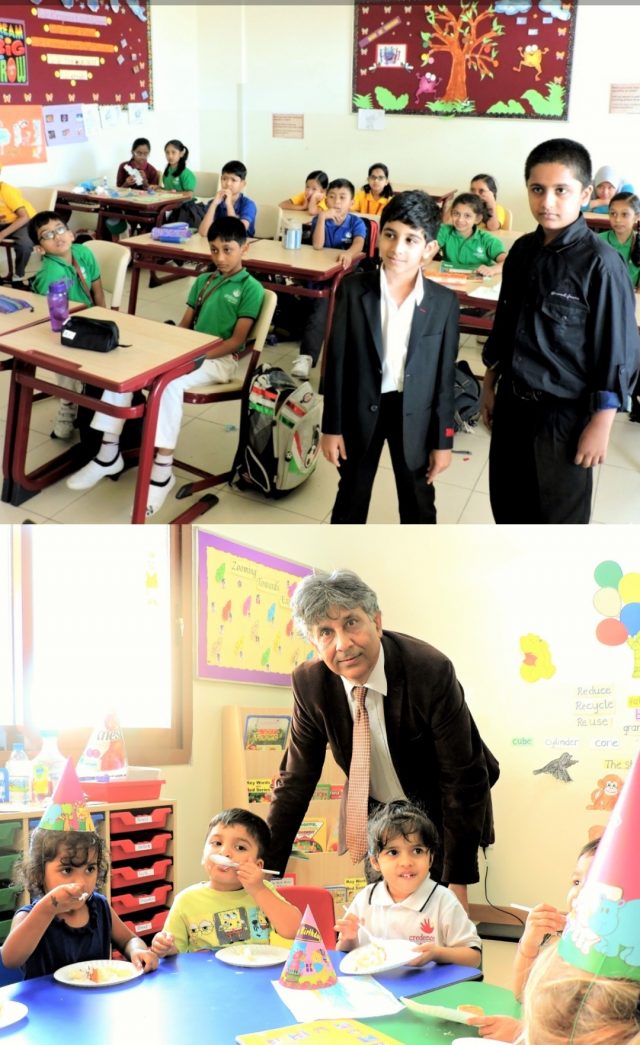 The first of the two schools I attended was St Mary’s Convent, which was about 500 metres away from our house. Those days, St Mary’s was a Preparatory School – small, very personal and very “real”. It had none of the trappings of what schools are these days with posh air conditioned classrooms, decorated walls, labs of Maths, Geography, History, Language… it obviously did not have computers. There was no tuck shop selling chips, soft drinks, candies, samosas, coffee, Maggie. Everyone brought their tiffins from home and shared their food. A narrow potholed road led to it.

But it was an amazing school!
The playfields were dotted with small “wells” dug into the earth into which we shot marbles with our fingers! One could also see children hopping on one leg – it was called “langreetang”. Some played “pithoo”, some played “step-toe”, some played “chor-sipahi”. Some played “hand cricket”- using one’s fist as a bat to hit a tennis ball. There were two swings, and what fun it was to swing on them and try to reach the skies!

The teachers were fabulous. The first lesson was always “Moral Science”, and the last was dedicated to tales from Grimm Brothers, Aesop, Panchtantras.

The Head of the school was a tall, slim, blue eyed and lovely looking Italian nun, Sister Amelia, who had come on a transfer from a school in the then unknown village called Gurgaon. She always looked in control –very clear headed and strict. But it was her smile that took your heart away. She had the most gorgeous smile which embedded itself into your heart. It has stayed with me throughout my life!

Good looking Principals have a great advantage! At the end of the day, the personality has a great role to play –at times more than intelligence. Sister Amelia had both.

She used to take rounds of the school frequently and talk to us. Once she asked me, “Kulbhushan what do you want to do when you grow up?”

Those days we never thought of what we wanted to do when we grew up. We never thought that we would ever grow up and, even if we did, our parents would look after our needs! Neither did our parents ever aspire for us, unlike these days when a parent walks into a school with a 3 plus child and says, “I want him to get into the IIT (or the IAS, or a Medical School…).”

As I hesitated and searched a mind devoid of any ambitions and desires for a future living, she prompted me, “A doctor, like your Dad?”

“No Sister, I don’t like the sight of blood.”

As a young child, there were innumerable occasions when patients were brought home for treatment –sometimes bleeding profusely. It always put me off.

“Do you want to become a soldier like Surendra’s Dad?”she asked, referring to my best friend Surendra Sharma’s Dad, who was a officer in the Army.

Again, blood being spilled was something we saw in war movies. And the sight of bullets piercing through a person’s chest or legs was something that put me off.

She would look very mischieviously at me and ask, “But Kulbhushan, if young boys like you don’t want to be either doctors or soldiers, how will India survive?”

I still remember the answer that I gave Sister Amelia as she stood in front of me –tall and inspiring.

“Sister, I will become a teacher like you!”
Sister Amelia bent and spoke softly, “Follow your heart Kulbhushan. It’s the voice of God.”

Years flew. Sister Amelia went back to Italy and passed away.

I must admit that becoming a school teacher or a school Principal never crossed my mind often after I spoke those words to Sister Amelia. But they stayed put in some dark recess of my mind. As the layers of my life peeled away, circumstances and destiny pushed me into teaching which I will never exchange for anything else even if I am reborn a million times.

The words I spoke to Miss Amelia ring in my mind very often –especially during times when I am in ecstasy or agony. Don’t know why. However, I know that my profession was nailed by a young 7 or 8 year old boy unlike the indecisiveness of a young man who flirted with disaster by taking the IAS and Bank Exams! My heart was never in them! Sister Amelia’s voice of equating what my heart prompted me to say to the voice of God has stayed with me. I continue to do what my heart prompts me to do.

Sometimes, I ask young boys and girls the same question that Sister Amelia asked me. There are very few who give the same answer as I did. But I am sure the day is not very far when more humans will come into school teaching. You think I am a dreamer?

No, as John Lennon sang –
“You may say I’m a dreamer
But I’m not the only one
I hope someday you’ll join us
And the world will be as one”
The problem of the world today is that very few want to teach in schools!