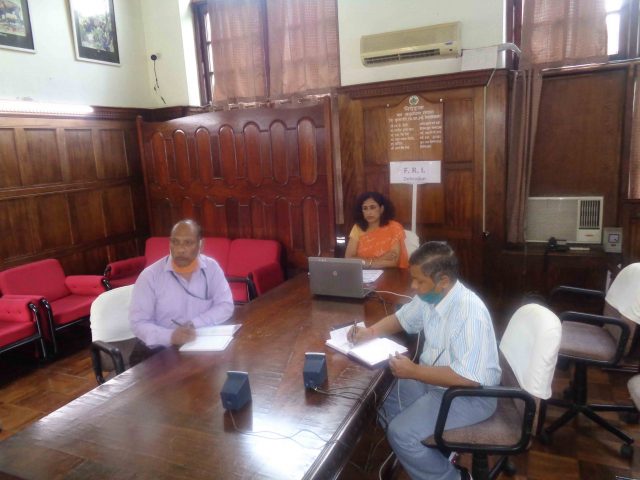 By OUR STAFF REPORTER
Dehradun, 9 Sep: The Himalayas plays an important role to save and sustain nature and protect the country from adverse weather conditions. The Himalayan range is also responsible for rain besides being a rich repository of floral and faunal biodiversity.
Himalaya Day is celebrated on 9 September every year to sensitise people to the importance of this fragile ecosystem. Forest Research Institute (FRI) celebrated Himalaya Day with a special guest lecture.
Arun Singh Rawat, Director General, Indian Council of Forestry Research and Education, and Director, FRI, presided over the function. In his welcome address, he mentioned the importance of the Himalayas and their role in conservation and sustenance of nature, as well as the challenges being faced with respect to climate change.
The special guest lecture was delivered by Dr Maharaj K Pandit, Professor of Environmental Studies, Delhi University, on the topic, “Himalaya as a Natural laboratory to unravel Mysteries of Nature”. In his lecture, Dr Pandit spoke about the origin of the Himalayas. He also included the geophysical, geo-biological, biological and cultural aspects and their inter-relationship within the Himalayan ecosystem. He spoke about the genesis of the mountain range as also how the different fauna and flora evolved with it over a period of millions of years. He stressed the fact the Himalayas are a global heritage and should not be thought of belonging to any one nation. In the end, he mentioned there are a number of challenges being faced by the mountain range, the most prominent being Climate Change. He also spoke about adopting an integrated approach to protect the Himalayas and nature.
Richa Misra, Head, Extension Division, FRI, concluded the programme with a vote of thanks to the Director General, ICFRE, Dr Pandit, Professor, Delhi University, and all the officers and scientists of FRI, ICFRE headquarters and ICFRE institutes, other sister organisations including the students of FRI Deemed University who joined the programme in online mode. She thanked the team of Extension Division, including Dr Charan Singh, Scientist-E, and Rambir Singh, Scientist-D, for making all the arrangements.